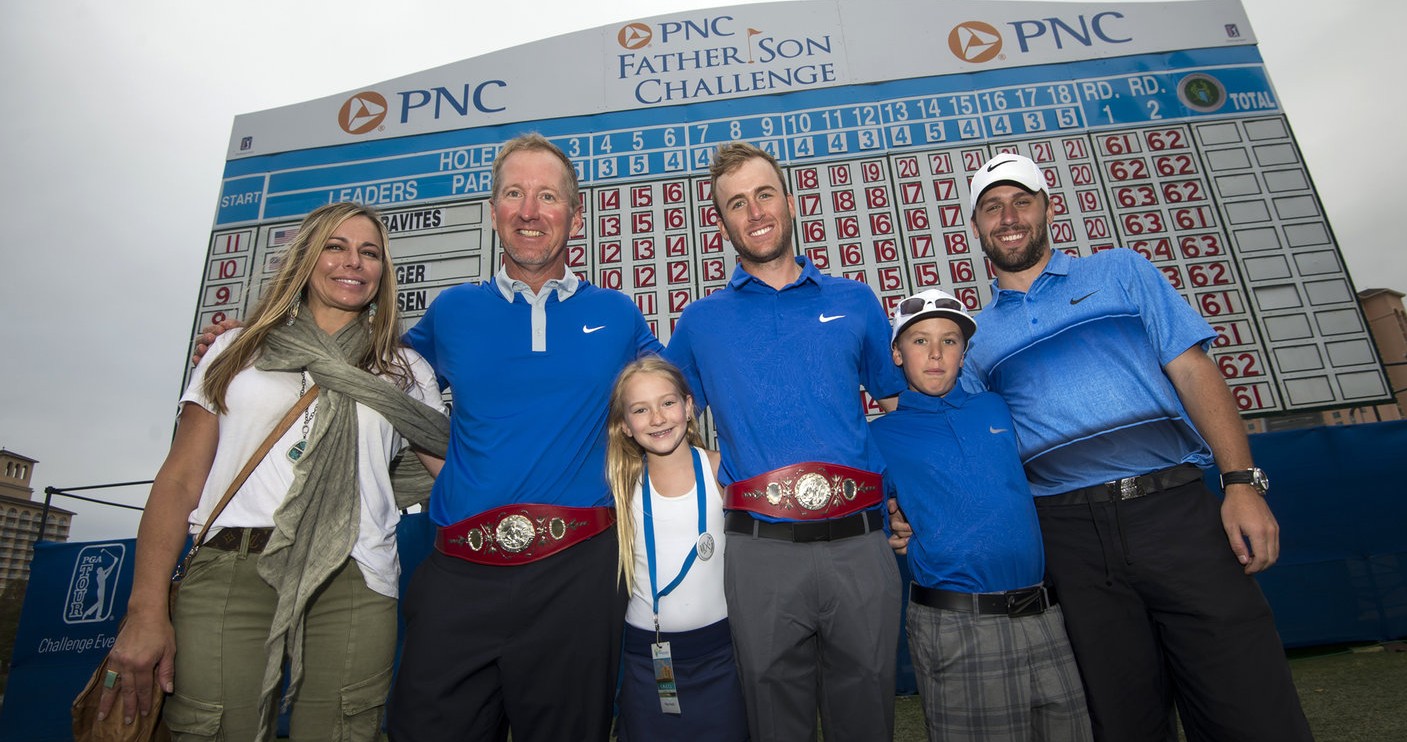 David Duval and his stepson, Nick Karavites, shot a bogey-free, 10-under 62 in the scramble format to win the PNC Father/Son Challenge by one stroke at the Ritz Carlton at Grande Lakes in Orlando, Fla.

Duval and Karavites collected seven birdies on the front nine and three more on the back to post a 36-hole total of 21-under 123 and hold off 2013 champions Stewart and Connor Cink, Retief and Leo Goosen, and Fred and Taylor Funk.

“This is as good as anything,” said Duval, who has won 20 times as a pro including the 2001 Open Championship at Royal Lytham & St. Annes. “It truly is. I know it’s not winning the Players or something like that, but this is what the progression of life is.

To be able to come out in a professional event and win and have the whole family here, “I’ll never forget it. I came home and talked with Susan, my wife, about six weeks ago and said, ‘You know if I play like I’m playing and Nick plays like he’s playing, we have a chance.'”

Said Karavites: “Being here with my mom, my brothers and my stepdad, it was amazing. We were playing so good and it didn’t seem like too much pressure. Just being with David out here, I’ve been looking forward to this for a long time.”

The Goosens and Cinks closed with 61s, and the Funks shot 62.

Bernhard and Christina Langer, the only daughter in this year’s event, carded a 62 and finished in a tie for fifth with Raymond and Robert Floyd, who also totaled 62, and Steve and Sam Elkington, who came in at 61.