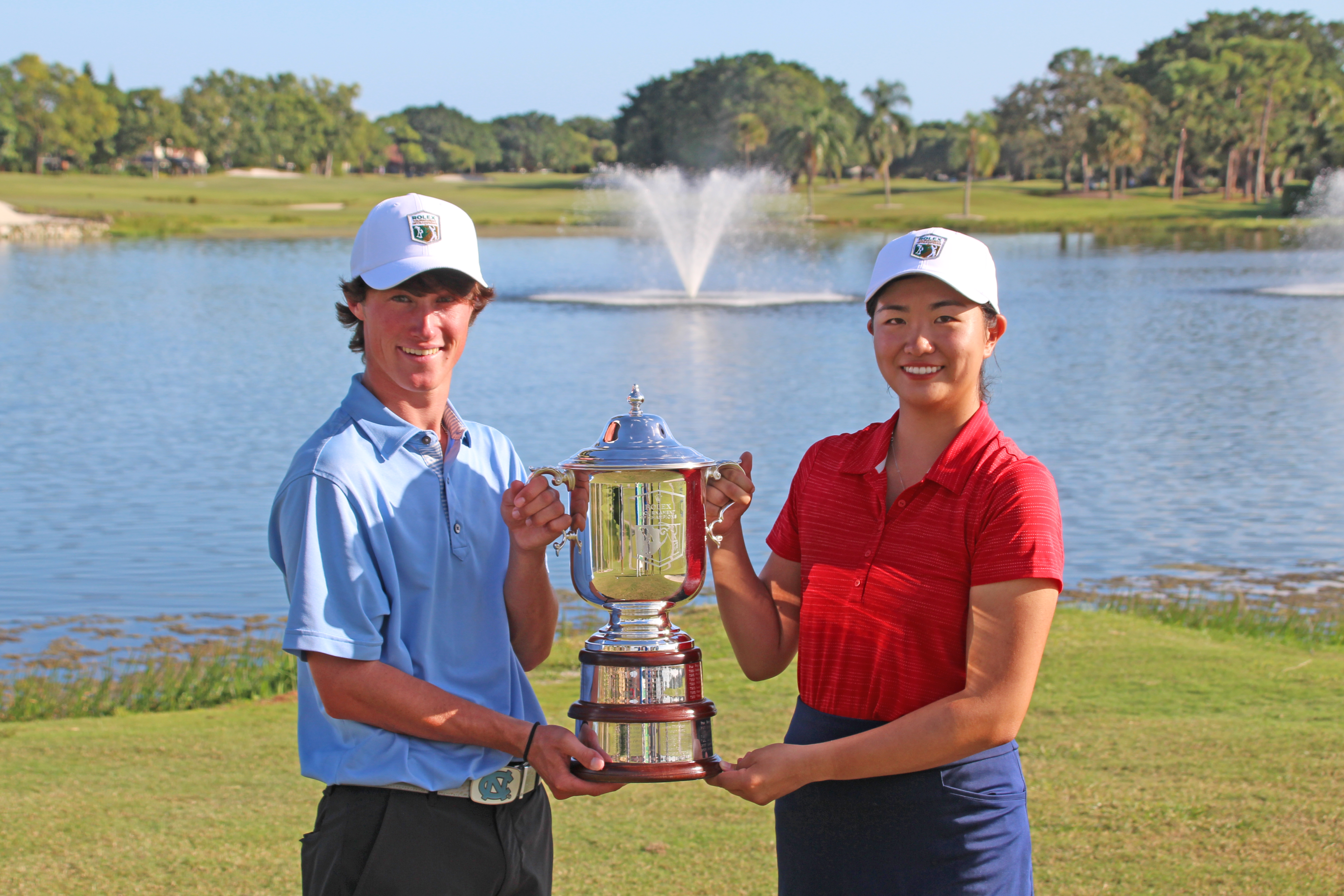 The 17-year-old Zhang, a senior at Pacific Academy who recently signed a letter-of-intent with Stanford, claimed a four-stroke victory over Cindy Kou of Whittier to successfully defend her title in the Girls Division of the 43rd Rolex Tournament of Champions at PGA National Resort and Spa in Palm Beach Gardens, Fla.

Zhang became the first back-to-back winner in the Girls Division since Beth Bauer in 1994-95 in the tournament that was contested over the Champion and Fazio courses at PGA National and is overseen by the American Junior Golf Association.

“I didn’t want to force anything out on the course, since if you do that in golf there’s bound to be mistakes,” said Zhang, who was tied for the lead with Kou after nine holes in the final round before pulling away with five birdies on the back nine. “I just tried to play as solid as possible and whenever I had a birdie chance I tried to convert it.”

Zhang was awarded the 2020 Mark H. McCormack Medal as the world’s top women’s amateur after winning the 2020 U.S. Women Amateur Championship. She also won the AJGA Ping Invitational and the Rolex Junior Girls Championship this year.