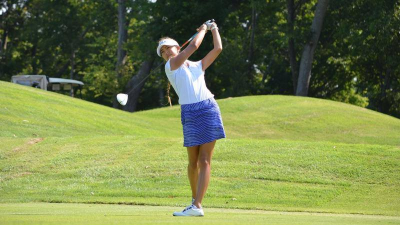 Alison Lee of UCLA, a freshman from Valencia, leads the Watch List for the first Annika Award, which will be given to the best women’s college golfer of the 2013-14 season.

Following a brilliant amateur career, in which she rose to No. 1 in the junior girls’ world rankings, the 18-year-old Lee has made a seamless transition into the college ranks for the top-ranked Bruins.

“She’s definitely one of the top players in the country,” UCLA Coach Carrie Forsyth said. “She has the talent and the mindset, so the sky’s pretty much the limit for her.”

After finishing second in her first tournament for UCLA, the Mason Rudolph Classic, Lee captured the Betsy Rawls Longhorn Invitational and the Stanford Intercollegiate before tying for eighth in the Pac-12 Preview to wrap up the Fall Season.

Those results propelled Lee to the top of Golfweek’s Women’s College Individual Rankings.

The Annika Award, named for LPGA Tour great Annika Sorenstam of Sweden, will be awarded before the inaugural Annika Invitational, to be played Sept. 28-30 at Reunion Resort in Orlando, Fla.