Thomas stretches lead to 5 at Sony Open in Hawaii 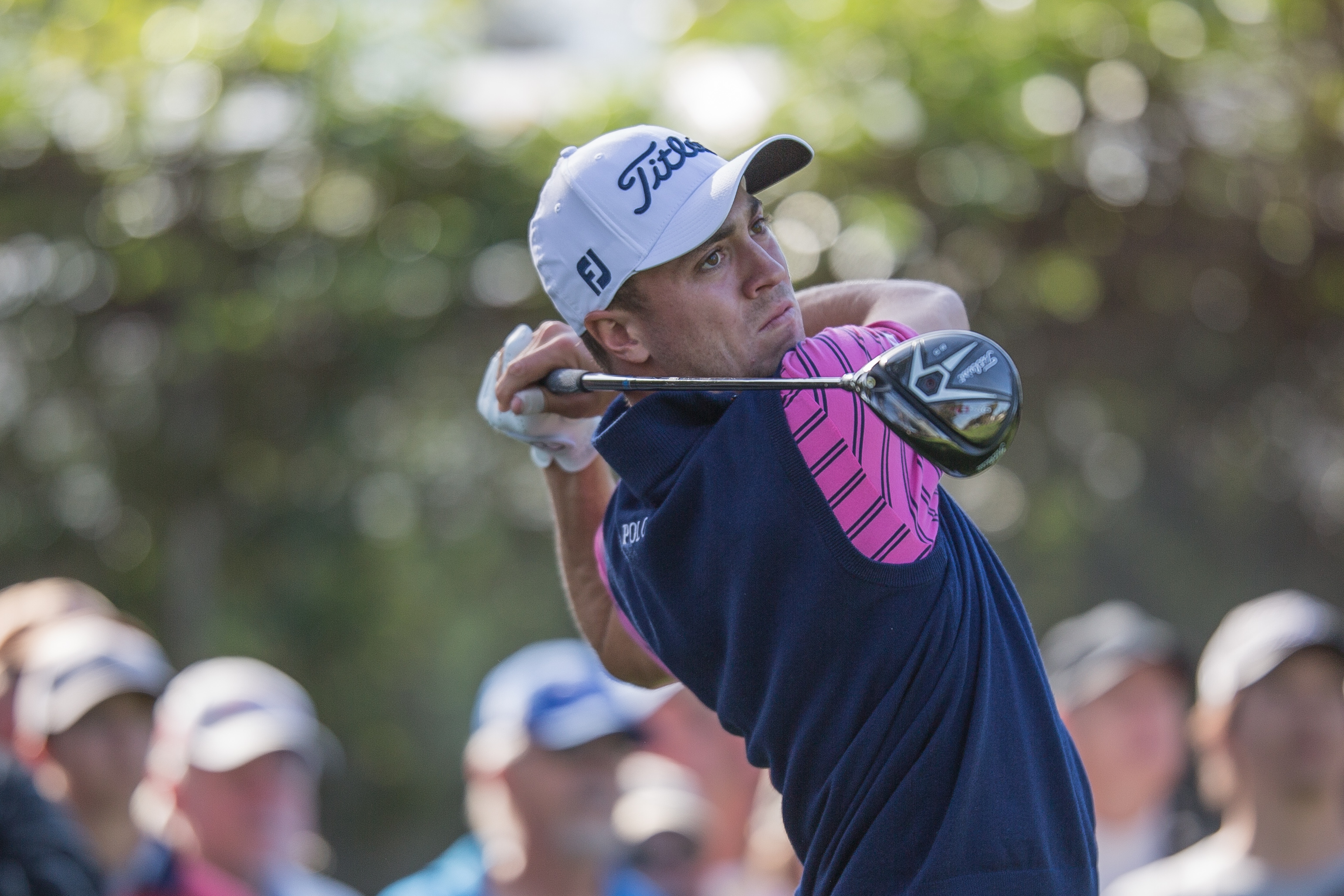 Justin Thomas followed his 11-under-par 59 with a 64 and extended his lead to five strokes over Gary Woodland after two rounds of the Sony Open in Hawaii in Honolulu.

The 23-year-old Thomas, who has won two of his last three events including the SBS Tournament of Champions last week, set the PGA Tour record after 36 holes with a score of 17-under 123.

“I really hit a lot of quality shots, I felt, especially to start the round, which was key to kind of get me calm and get me in a good zone,” said Thomas, who overcame three bogeys with seven birdies, including four in a row through No. 12, and a nine-foot eagle putt on the last hole.
“All my bogeys today were terrible, they really were. The three-putt on 8 was just … losing my concentration, and 13 was a terrible iron shot, and then 17 was just a mental mistake.

“Those bogeys really, when I was on 18 tee, I was pretty hot. I was pretty fired up; the fact that I had given up shots when I felt like I shouldn’t. So to end up with an eagle like that was huge and to give me two more shots for the lead was big.”

Woodland carded a second consecutive 64, while Hudson Swafford followed an opening 62 with a 68 and was seven shots behind in a tie for third with Zach Johnson, who carded the low round of the day at 61, and Olympic gold medalist Justin Rose of England, who followed a 62 with 68.

Jordan Spieth, the top-ranked player in the field at No. 5 in the world, posted a 67 and was nine down in a tie for 13th, No. 6 Hideki Matsuyama of Japan, who has won four of his last six events, as another shot back in a tie for 24th after a 67, and defending champion Fabian Gomez of Argentina was 12 behind in a tie for 48th following a 66.