Spieth Shoots 67, Leads by 1 at Pebble 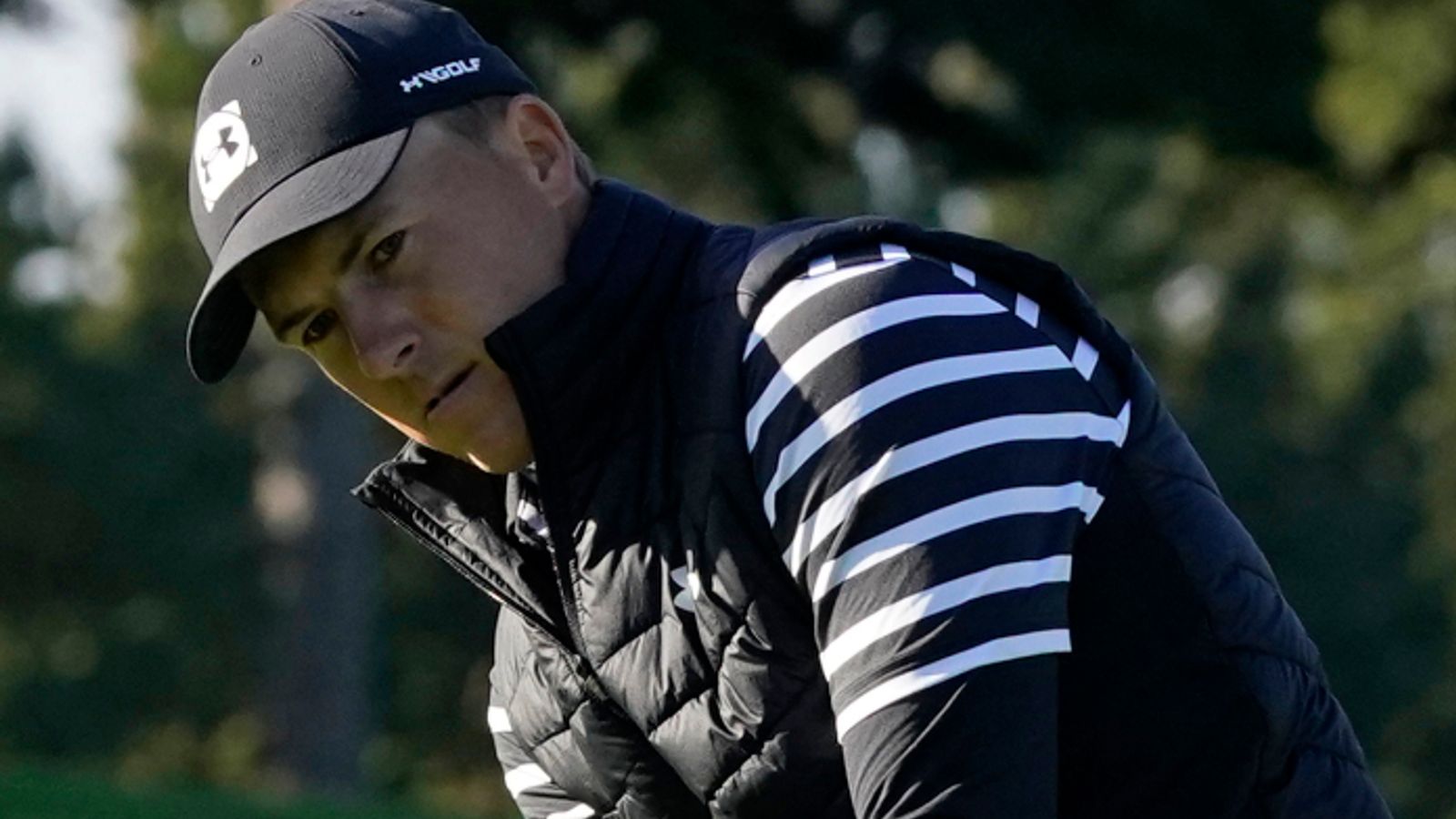 Jordan Spieth is starting to play like the guy who was No. 1 in the world a few years ago.

The 27-year-old Spieth carded a 5-under-par 67 at Spyglass Hill Golf Course to take a one-stroke lead over Daniel Berger after the second round of the AT&T Pebble Beach Pro-Am.

“I hadn’t been making a lot of longer putts, which can move you up the leaderboard, but I am now so that’s a good sign,” said Spieth, who has won 11 times on the PGA Tour, but not since the 2017 Open Championship at Royal Birkdale in Southport, England. “I’m striking the ball nicely, made a couple mistakes, but basically it was pretty clean.

“The weather forecast coming in isn’t good, so it looks like it’s going to be a mean Pebble Beach tomorrow, and the scores probably won’t be very low. I look forward to that challenge, but I’m getting comfortable with being on top of the leaderboard and just hope to make progress each day.”

Spieth, who won the 2017 AT&T Pebble Beach Pro-Am, collected four of his six birdies on the last six holes and made a single bogey at No. 1 while recording a 36-hole score of 12-under 132.

Berger, also 27, who claimed his third PGA Tour victory in 2020 Charles Schwab Challenge, holed a 20-foot shot from the rough for an eagle-3 on the sixth hole and made five birdies against one bogey in a 66 at Pebble Beach Golf Links.

“I didn’t make many birdies early, but rattled off some on the back nine,” said Berger, who tied for fifth in his second start at Pebble Beach last year. “Patience probably is the best way to describe the way I played.

“It’s hard to have a bad day at Pebble Beach. No matter what happens, you can just walk along and enjoy it. I feel good and I know what I have to do going to the weekend. I just have to free myself up and play golf.”

The last two rounds will be played entirely at Pebble Beach

Henrik Norlander of Sweden shot 70 at Spyglass Hill and is two shots back in solo third, while Patrick Cantlay of Los Alamitos and UCLA, who led after a first-round 62 at Pebble, could manage only a 73 and is three back in a tie for fourth Paul Casey of England, who totaled 67 with a last-hole birdie at Pebble, and Tom Lewis, who wound up with a 69 at Spyglass.

Russell Knox of Scotland birdied two of his last three holes to shoot 70 at Spyglass and is four down in solo seventh, while Maverick McNealy of Portola Valley and Stanford birdied three of his first six holes in a 69 and is one more down in a tie for eighth with Brian Stuard (71), Cameron Percy of Australia (70), Nate Lashley (72), Tom Hoge (70) and Akshay Bhatia (73), all at Spyglass Hill.

Defending champion Nick Taylor shot 71 at Spyglass Hill and is tied for 25th, while five-time Pebble Beach champion Phil Mickelson stumbled to an 80 at Pebble Beach and missed the cut by 11 strokes.

The pro-am portion of the tournament is not being played this year and no spectators are allowed on the course because of Covid-19 restrictions.