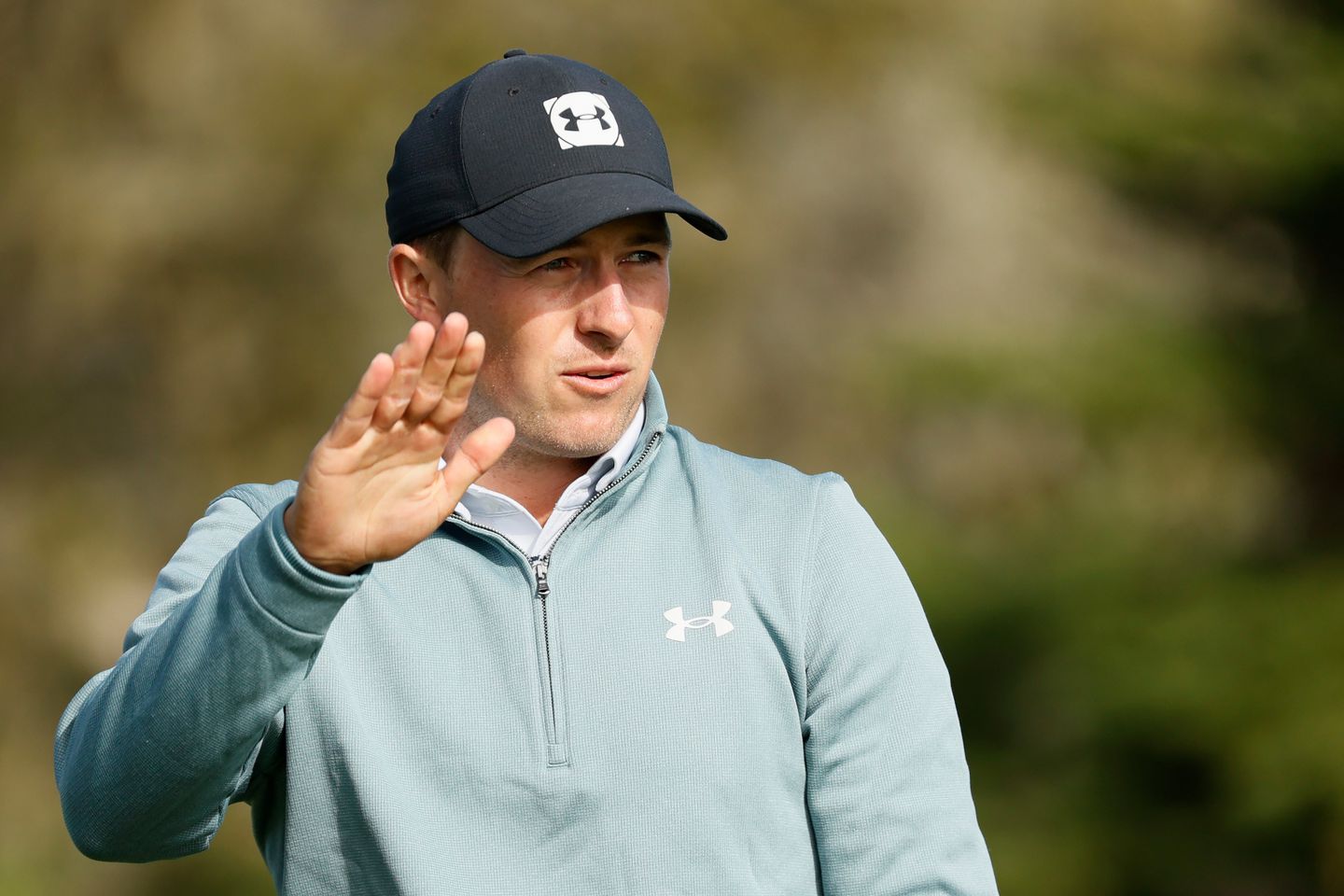 For the second straight week, Jordan Spieth finds himself atop the leaderboard after three rounds as he tries to win for the first time since the 2017 Open Championship at Royal Birkdale.

Spieth, who tied for fourth last Sunday in the Waste Management Phoenix Open, rode a hole-out eagle on the 16th hole to a 1-under-par 71 and took a two-stroke lead over five players in the AT&T Pebble Beach Pro-Am on a breezy day at Pebble Beach Golf Links.

“If you can’t make a putt, you might as well hole out from the fairway,” said Spieth, who also holed out for an eagle on the 10th hole in round one. “To have two of those in a week at Pebble Beach is pretty cool, something I’ll always remember.

“Before I signed for my 71, I wasn’t exactly sure what I shot. It was a little different today with the wind up, but from the 12th hole on I hit the ball well all the way in. I’ll try to take that tempo and emotion into tomorrow.

“I just have to hit my putts harder. I just didn’t give them enough speed and have to be more aggressive. I just want to grind it out and have a chance to win on 18.”

Daniel Berger was tied for the lead with Spieth before hitting his drive out of bounds by about a foot on the famed 18th hole at Pebble en route to a double-bogey 7 that knocked him out of the final group on Sunday.

“I would like to have that shot back on the last hole, but I’m not going to let one back swing ruin my week,” said Berger, who held a two-stroke lead until Spieth holed out at No. 16. “That kind of shot is what makes him great.

“I actually played pretty well today, but Pebble Beach plays tough when the winds blows 15-20 miles per hour. I hope it blows like that again tomorrow because I’m only two shots back and I like my position.”

Patrick Cantlay of Los Alamitos and UCLA sank a 12-foot eagle putt on the second hole and a three-footer for birdie in the last to cap a 70 and is in the tie for second with Nate Lashley, who made his only bogeys on the last two holes in a 68, Tom Hoge, who also eagled the second hole in a 68, and Russell Knox of Scotland, who finished a 69 with nine straight pars.

Jason Day of Australia, who has battled a back injury since last winning in 2018, birdied three of the first six holes on the way to a 68, and is three shots back in a tie for seventh with Maverick McNealy of Portola Valley and Stanford, who had a 69, Paul Casey of England, who wound up at 71, and Brian Stuard, who made three birdies coming home for a 69.

Defending champion Nick Taylor is tied for 34th after making two birdies and two bogeys in a 72.