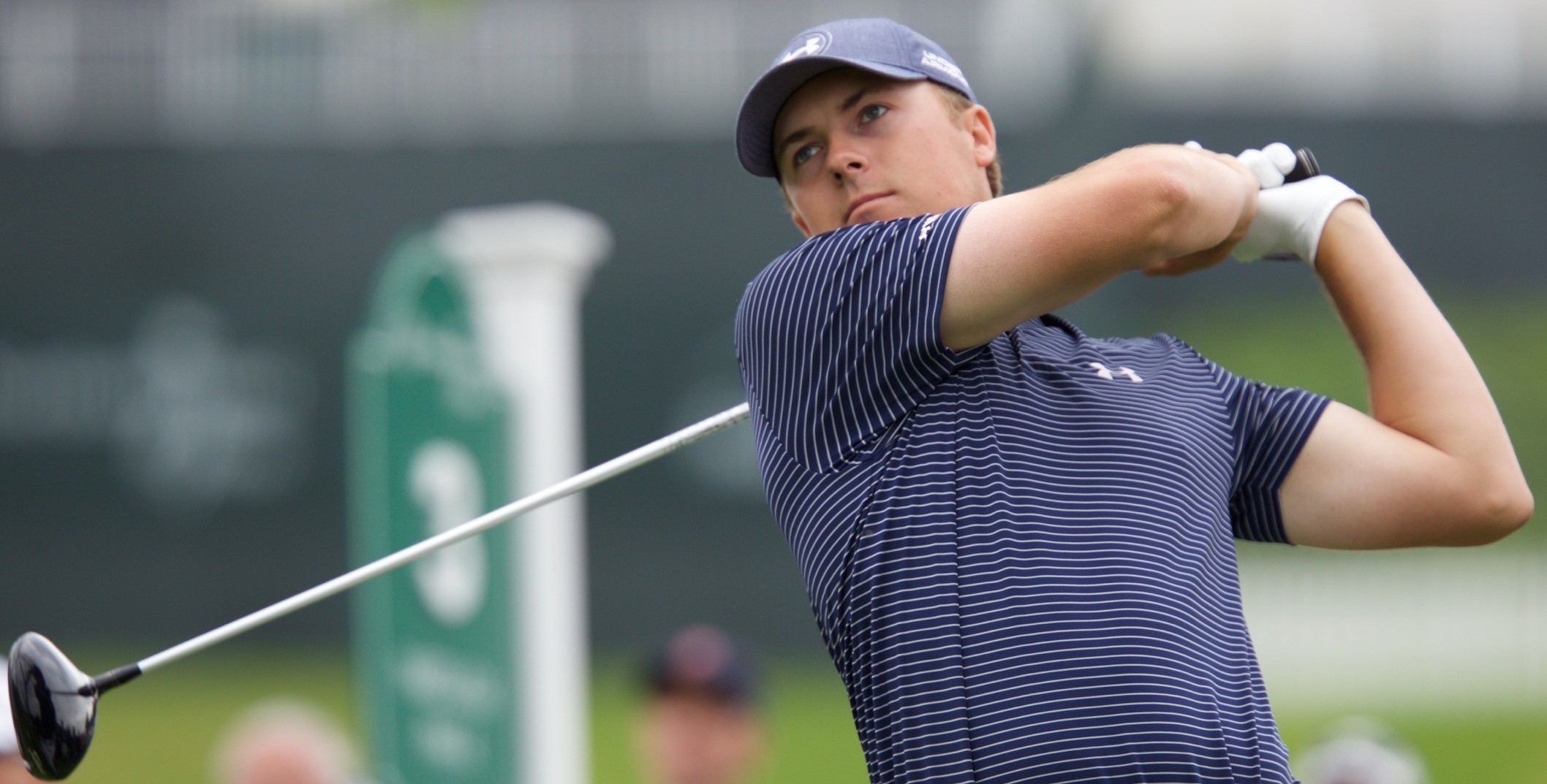 Tiger Woods was nowhere in sight, but Jordan Spieth caught up with him anyway.

Spieth closed with a 6-under-par 67 to win the Hyundai Tournament of Champions by eight strokes over defending champion Patrick Reed on the Plantation Course at Kapalua Resort in Lahaina, Maui, Hawaii.

In doing so, the 22-year-old No. 1 player in the World Golf Rankings equaled Woods’ record of seven PGA Tour titles before the age of 23. Horton Smith won 14 times as a pro before the age of 23 in 1930, but the PGA Tour was founded in 1929 and really did not get organized until 1934.

“It’s way to early to start making comparisons to Tiger,” said Spieth, who won has won six times in the last 10 months. “I don’t think anyone is going to come close to some of the things that he has done.

“But it’s nice to be mentioned in that company and I am excited about what I have been able to do early in my career, to achieve some of the goals that I have dreamed about since I was a little kid.”

Spieth’s 67 was his highest score of the week and sank a nine-foot birdie putt on the final hole to finish at 30-under 262, one off the tournament record set by Ernie Els of South Africa in 2003.

Reed birdied the first two holes and got to within three strokes of Spieth at one time with four birdies on the front nine, but made his only bogey of the week on the 15th hole while finishing with a 69.

Brandt Snedeker collected five birdies on the front nine on his way to a 67 and was nine shots behind in a tie for third with Brooks Koepka, who followed his 63 with a 71 while playing alongside Spieth in the final round.

Rickie Fowler of Murrieta birdied five of the last six holes and was solo fifth after a 67, while Padraig Harrington of Ireland had three birdies on each nine while posting a 67 and finished 13 strokes back in a tie for sixth with Peter Malnati, who posted a 67, and Fabian Gomez of Argentina, who came in at 71.

Kevin Kisner was another shot behind in solo ninth after a 71, while second-ranked Jason Day of Australia shot 65 to tie for 10th with Bubba Watson (67), Dustin Johnson (69), Jimmy Walker (72) and Steven Bowditch (72) of Australia.