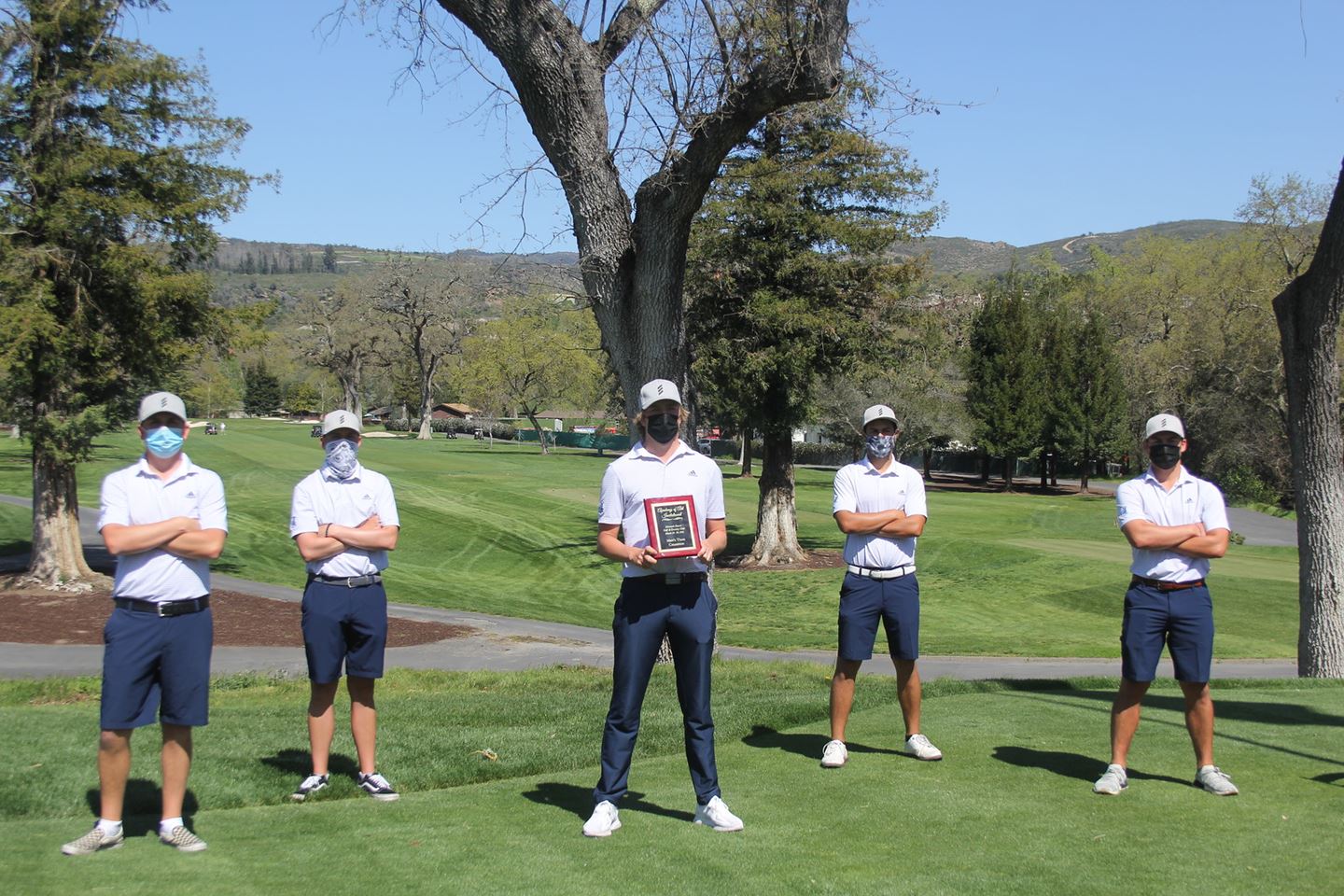 Sonoma State claimed both the men’s and women’s championships, each winning for the second straight tournament, in the Academy of Art Invitational on the North and South Courses at Silverado Resort and Spa in Napa.

“The resiliency our (men’s and women’s) teams showed was really impressive to watch,” Coach Val Verhunce said. “I was really proud to see a lot of our guys bounce back from different setbacks and miscues and complete the comeback.

“We played a tour level golf course in some tour level conditions especially, in the second round, and we fought to the very end. I believe in the talent all of our players have, and when they commit and believe in themselves they have all the ability in the world to be successful.”

Sonoma State has won its last two tournaments outright after sharing a third title in its first outing this spring.

Anahi Servin of Academy of Art claimed the individual title with a score of 80-80—160, while Jasmine Monas Sonoma State shot 84-79—163 to tie for second with Samantha Cabunag of Sonoma State, who finished at 82-81—163.