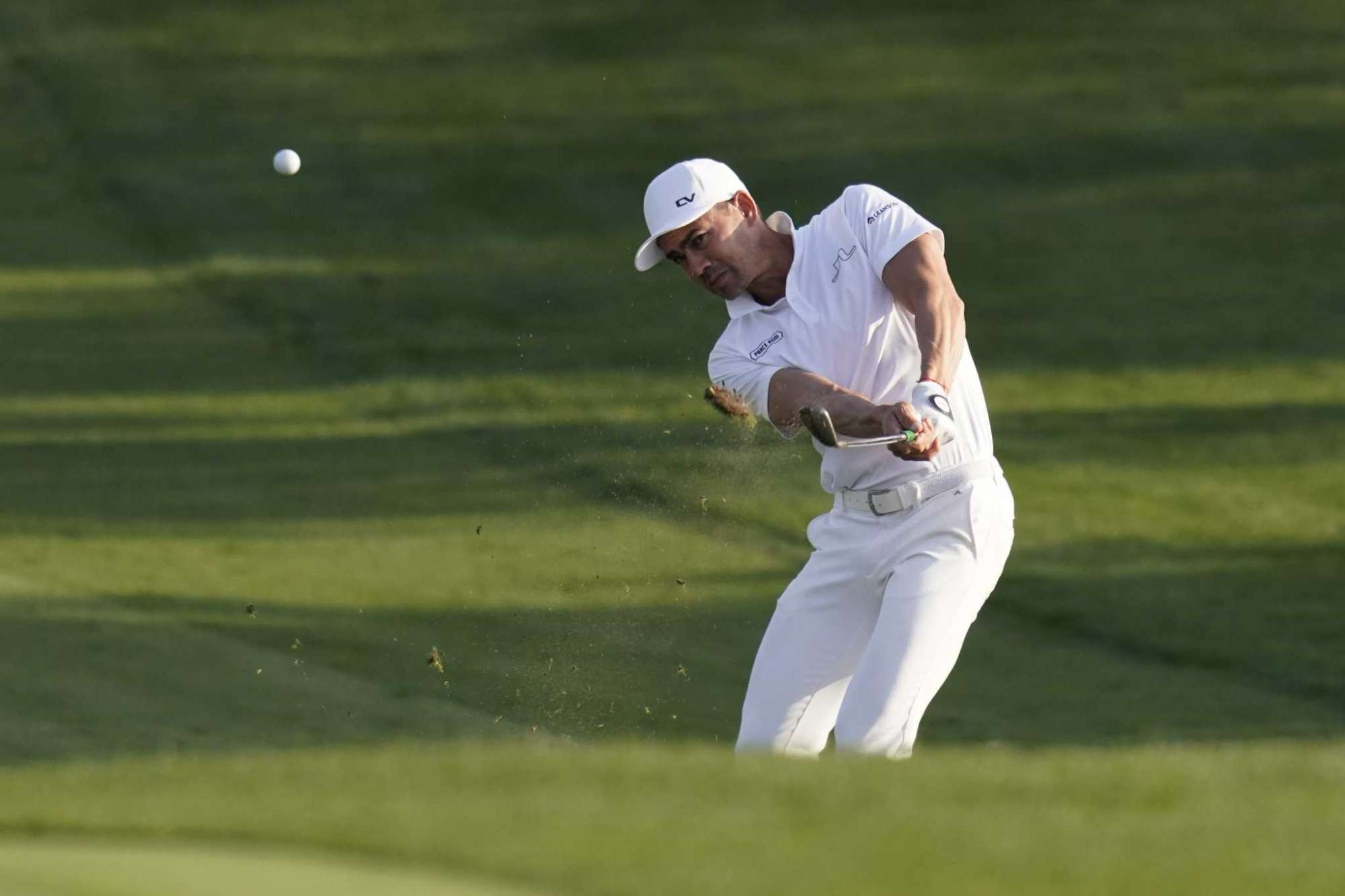 Camilo Villegas of Colombia is playing with a heavy heart, but perhaps it’s inspiring him.

The 39-year-old Villegas, whose 22-month-old daughter Mía died last year after battling tumors on her brain and spine, posted brilliant, 8-under-par 64 to take a two-stroke lead over Sung Kang of South Korea and Cameron Tringale of Mission Viejo after one round of the Valero Texas Open on the AT&T Oaks Course at TPC San Antonio in San Antonio, Texas.

“Some days the hole is a little bit big and that was the case today,” said Villegas, who has battled injuries the last few years, after chipping in twice. “I played really good, but I also got a couple nice breaks. Made a couple good par saves and overall it was very solid.

“Sometimes it goes your way, and sometimes it doesn’t. The last few years I’ve been up and down with many things. We keep showing up and the results start showing up.

“I just have to keep chipping and putting well, and having fun. It’s just golf.”

Villegas, who was won four times on the PGA Tour but not since the 2014 Wyndham Championship, started with a bogey on the 10th hole before collecting nine birdies, including four in a row through the fifth hole.

Tringale birdied four of the last seven holes for a 66, which Kang equaled thanks to a 30-foot eagle putt on the second hole and three birdies on his last four holes while finishing on the front nine.

Spieth, continuing to battle back from a long slump, carded a 67 that was the best score in difficult morning conditions and included seven birdies, and is tied for fourth with Hideki Matsuyama of Japan and Seung-Yul Noh of South Korea.

“I felt like I played some really nice golf on our front nine, the back nine,” said Spieth, who claimed the last of 11 PGA Tour victories at Royal Birkdale in England. “Then I just kind of got a little loose off the tee on the front nine, our second nine, and was able to kind of make due. I hit some decent drives, ended up in iffy spots.

“Overall, I just chipped and putted really well, which was the difference-maker today. I didn’t quite hit it as good as I have been, but certainly the short game came through. Just kind of put a little more emphasis on that this week, so kind of a little balancing act right now trying to get enough work in on all facets of the game.

“I certainly would have signed up for 5-under starting out.”

Scottie Scheffler, who lost the final of the WGC-Dell Technologies Match Play to Billy Horschel on Sunday, shot 68 and is tied for seventh with Tom Hoge and Sebastian Munoz of Colombia.

Kevin Stadler had four birdies while finish a 69 on the front nine and is tied for 10th with Matt Wallace of England and Vincent Whaley.

Phil Mickelson took two penalty strokes and needed three more shots to escape a creek on the par-5 18th hole en route to a 10 to finish at 79 and is tied for 139th, beating only three players in the field.