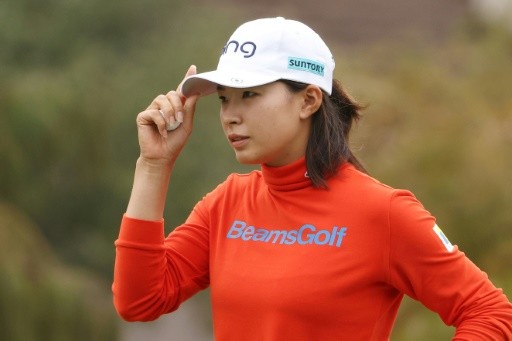 Hinako Shibuno of Japan already has captured one major title and is in position to win another, but she has a hard time believing it.

The 22-year-old Shibuno shot 4-under-par 67 on the Jackrabbit Course to grab a three-stroke lead over amateur Linn Grant of Sweden midway through the 75th U.S. Women’s Open at Champions Golf Club in Houston.

“I turned from a normal person to a celebrity overnight,” Shibuno, who won the 2019 AIG Women’s British Open at Woburn Golf Club in England, said through an interpreter. “I feel like I’m not really confident. It feels like this is not really myself.

“ … I realized that (the best players) were on totally different levels with me. That made me want to go to the U.S. and compete in more high-level tournaments.”

Shibuno, who has won four times in Japan and is playing in the U.S. Women’s Open for the first time, overcame two bogeys by making four of her six birdies on the back nine of round two at Champions.

Grant, 21, who won both the Ladies British Amateur Stroke Play Championship and the Scottish Women’s Open in 2017, posted her second straight 69 on the Jackrabbit Course.

“I just tried to hit the fairways and stay on the inside of the pin (on approach shot),” said Linn, who also has won twice against the pros on the Nordic Golf Tour while keeping her amateur standing. “It sounds simple, but that’s my game plan and I’m just trying to stock with it.

“The first time in the U.S. Open (in which she tied for 57th in 2018), I was a little scared. This time I’m more prepared and had a better starting time. This is amazing and I’m proud of myself.”

Two-time major champion Stacy Lewis, a member at Champions, had five birdies on a 68 on the Champions Course and is five down in a tie for sixth that includes 2007 U.S. Women’s Open champion Cristie Kerr, who recorded a bogey-free 69 on the Cypress Creek Course.

Each player in the field played both courses the first two days, but the final two rounds will be played strictly on the Cypress Creek Course.