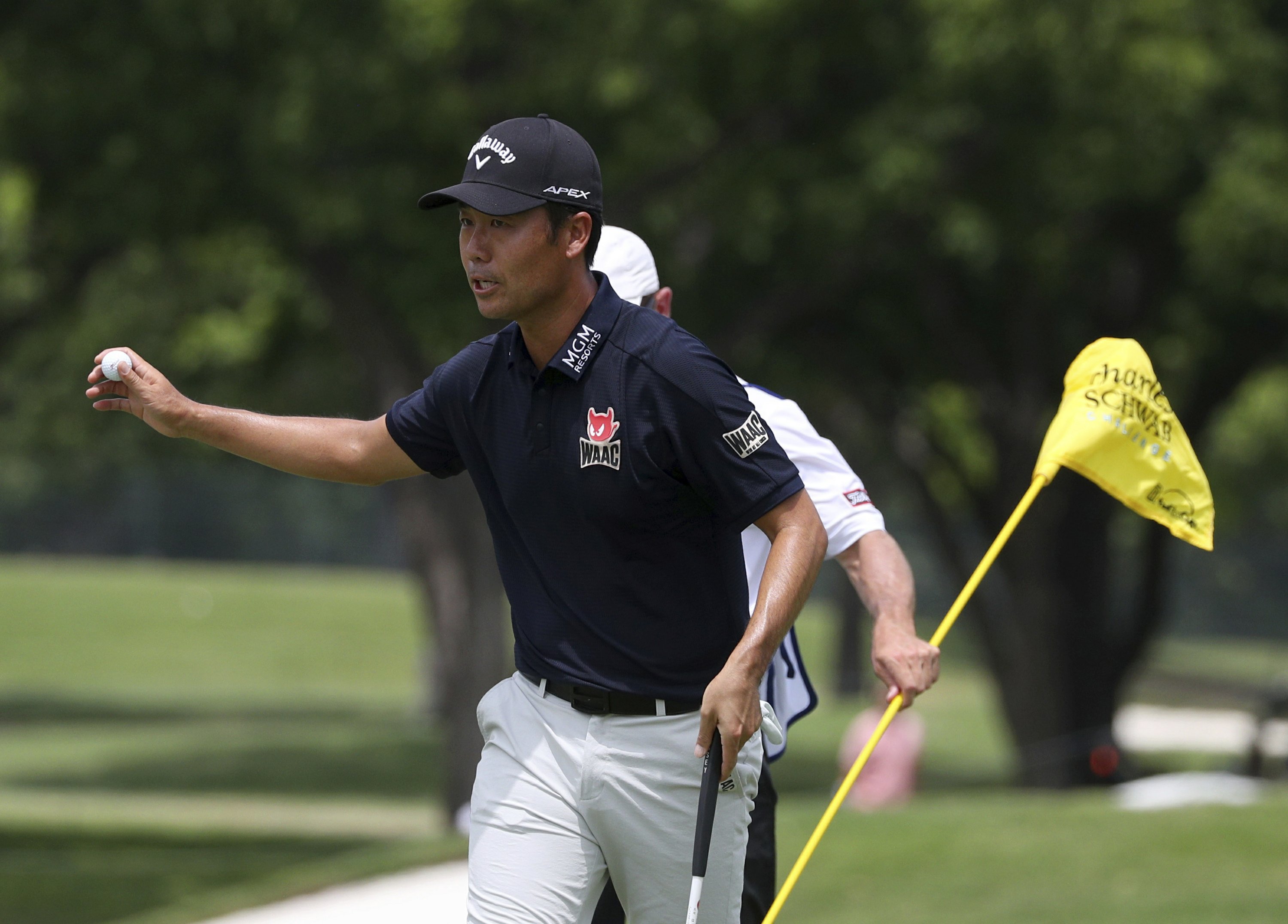 Kevin Na made putts from all over Southwest Florida in the first round of the QBE Shootout.

Na (pictured) and Sean O’Hair combined to shoot a bogey-free, 16-under-par 56 in the scramble format to take a one-stroke lead over Ryan Palmer and Harold Varner III at on the Gold Course at Tiburon Golf Club in Naples, Fla.

It reminded Na of the way he putted while winning the 2019 Shriners Hospitals for Children Open at TPC Summerlin in Las Vegas.

“Yes, it was like when I won in Vegas,” said Na, who passed up his senior year at Diamond Bar in 2011 to turn pro in 2001. “Sean hit a lot of shots and put me in position to make a lot of putts. We’re a good team and he gave me a lot of good looks, so I could make some long putts. We ham-and-egged it pretty good.

“ … I had a couple walk-offs today. One of them was on 15 and then on 17, you know, halfway there it looked like it was going in, I started walking sideways or backwards. It was a good feeling. The greens were rolling pure out there, the golf course is in great condition. If you hit it online, it’s going to go in.”

Na and O’Hair made eagles on the sixth and 17th holes in addition to adding 12 birdies, shooting 9-under 27 on the front nine.

Several of Na’s putts were from more than 25 feet.

“I’ve never seen anything that that,” said O’Hair, who teamed with Steve Stricker to win this event in 2017, and took the title with Kenny Perry in 2012. “It was fun to watch. It seemed like if we were anywhere on the green, we at least made birdie.

“Golf is pretty easy when you play like he did.”

Defending champions Rory Sabbatini of Slovakia and Kevin Tway birdied the last six holes to cap a 59 and are tied for fifth with Cameron Champ of Sacramento and Tony Finau, who eagled the first and 17th holes.

Steve Stricker, who has won the QBE twice, and Daniel Berger also had two eagles in a 60 to tie for seventh with Louis Oosthuizen of South Africa and Bubba Watson, who birdied five holes in a row through No. 10.

Sebastian Munoz of Colombia and Joaquin Niemann of Chile made six birdies on the back nine and are solo ninth after a 61, while Billy Horschel and Brendon Todd were another team with two eagles in their 62 and are tied for 10th with Australians Marc Leishman and Cameron Smith, who birdied four straight holes on the back nine, and Abraham Ancer of Mexico and Matthew Wolff of Agoura Hills, yet another team with two eagles.

Tournament host Greg Norman of Australia did not play for one of the few times in the 32-year history of the tournament, which was first played in 1989 at Sherwood Country Club in Thousand Oaks.