Rodgers wins by two in Vegas 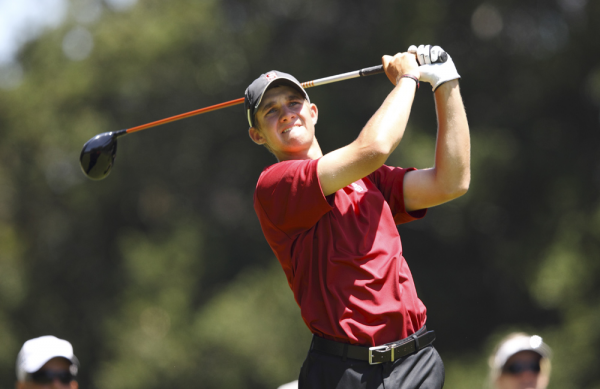 Patrick Rodgers of Stanford, top-ranked amateur in the world, shot 2-over-par 74 in the final round to win the Southern Highlands Collegiate Masters for the second straight year by two strokes over six golfers at Southern Highlands Golf Club in Las Vegas.

Rodgers, a junior who announced last week that he will turn pro after the NCAA Championships at the end of May, claimed his eighth victory to break a tie for second with Joel Kribel on the all-time Cardinal victory list and trails only Tiger Woods, who won 11 times.

“It’s truly an honor to be a champion back-to-back,” said Rodgers, who posted a score of 74-69-74–217, 1-over-par. “I take a lot of pride in winning this golf tournament. This is the biggest regular-season golf tournament of the year. The best field, the best teams on a championship golf course.