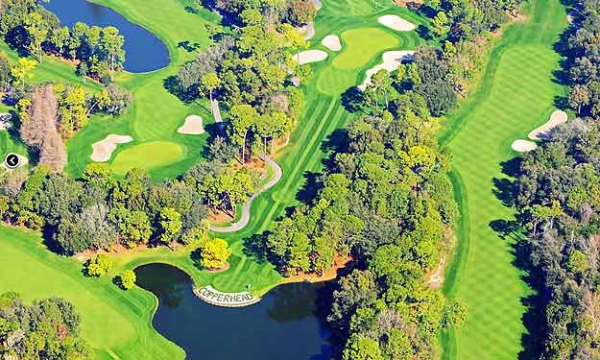 The obituaries for Tampa Bay’s event on the PGA Tour were being written before Valspar Corporation stepped up in September and signed a four-year deal as title sponsor of the tournament.

Now, Kevin Streelman will defend his title in what has become the Valspar Championship this week on the Copperhead Course at Innisbrook Resort in Palm Harbor, Fla.

“There were rumors floating around that a couple of tournaments were willing to step in and take the date,” said NBC golf analyst Gary Koch, a former PGA Tour pro who lives in Tampa. “It would have been sad. It really would have been. We all need to thank Valspar. …

“When I was in Hawaii to start the season, I had a lot of golfers come up to me and say they were very grateful to see Copperhead get a sponsor because many golfers love coming here and love playing this course. At least 20 players told me it’s one of their favorite stops, so it’s great to have a sponsor again.”

The tournament nearly went the way of the PGA Tour event at Walt Disney World, which was played from 1971 to 2012 before disappearing because it could not find a title sponsor.

This time, a Florida event was saved.

“We must have presented Tampa to several dozen companies and we just couldn’t find the right mix,” said Norb Gambuzza, vice president of business development for the PGA Tour. “And then Valspar came along.”

The Tampa Bay area has hosted a PGA Tour event since 1977, when the JC Penney Mixed Team Classic, featuring two-player teams from the PGA and LPGA Tours, came to Bardmoor Country Club in Largo, Fla.

The event moved to the Copperhead Course at Innisbrook in 1990 and was played there through 1999, before the creation in 2000 of the full-fledged PGA Tour event, the Tampa Bay Classic. John Huston won by three strokes over Carl Paulson the first year.

Over the past decade, the Tampa Bay event had Chrysler, Pods and Transitions as title sponsors, but none elected to renew its contract.

Despite being the only PGA Tour stop that was played without a title sponsor last season, the tournament was held as the Tampa Bay Championship and granted gap financing from the Tour, with EverBank stepping in as a presenting sponsor.

After that, things looked bleak until Valspar entered the picture.

“It was important to us to help keep the PGA here in the Tampa Bay area,” said Gary Hendrickson, chief executive of Valspar, a global leader in the paint and coatings industry. “It’s an important part of the community that also gives back, and we’re thankful to be a part of that for four years now.”

Until Valspar came along, it appeared that the Puerto Rico Open, which was again played opposite the WGC-Cadillac Championship at Doral last week, would get Tampa Bay’s spot on the schedule.

Instead, Innisbrook will celebrate its 25-year anniversary as part of the PGA Tour’s regular season this week.

“(Copperhead is) one of the best (courses) I’ve played in America,” said Martin Kaymer of Germany, the 2010 PGA champion. “It’s very difficult. You have to hit a lot of good tee shots.”

Paul Azinger, the 2008 U.S. Ryder Cup captain and a 12-time PGA Tour winner, said several years ago: “Copperhead is the best course we play on tour.”

Thanks to Valspar, that statement still might be true.