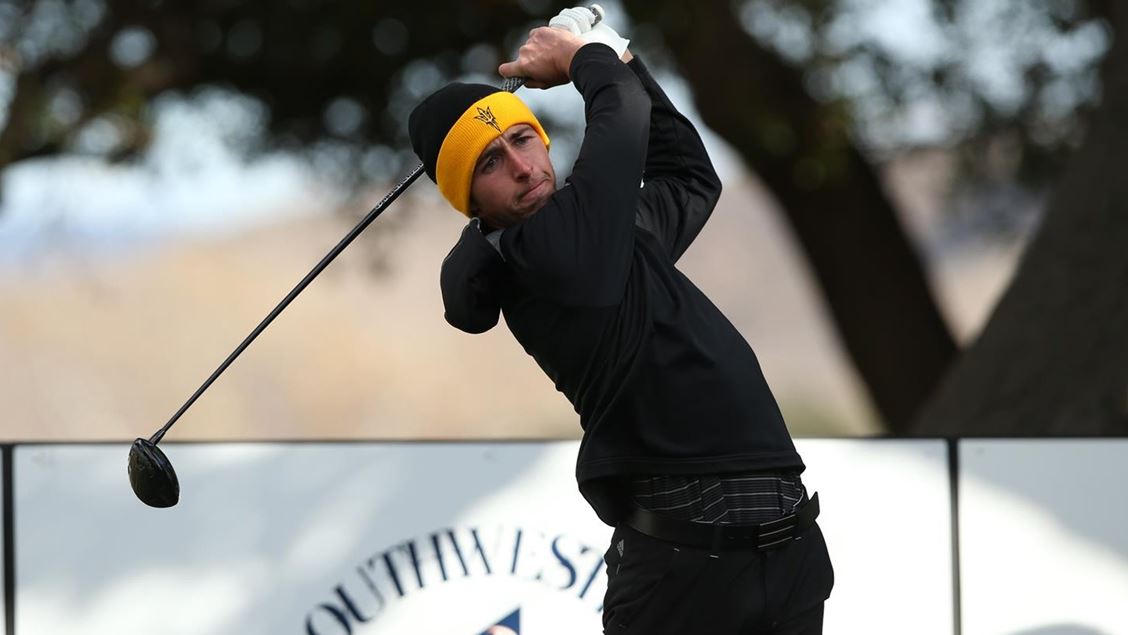 David Puig of Arizona State shot 6-under-par 66 to take a three-stroke lead over Mattias Schmid of Louisville and help the Sun Devils lead the team standings by five strokes heading to the final round in the Southwestern Invitational at North Ranch Country Club in Westlake Village.

Puig (pictured), a sophomore from Spain, eagled the sixth hole and added five birdies in his round to post a 36-hole total of 8-under 136, while Schmid collected five birdies on the back nine in a 68.

Youssef Guezzale of San Diego State shot 68 and is five shots back in a tie for third with Noah Goodwin of SMU, who finished at 71, while Joey Vrzich of host Pepperdine totaled 67 and is seven back in a tie for fifth with teammate RJ Manke, who had a 69, Joey Moore, who wound up at 71, and McClure Meissner of SMU, who also had a 71.

Dylan Menante of Pepperdine carded a 68 and is eight down in a tie for ninth with first-round co-leader Shane Ffrench of USC, who had a 74, and Will Dickson of Georgia Tech, who wound up at 71.