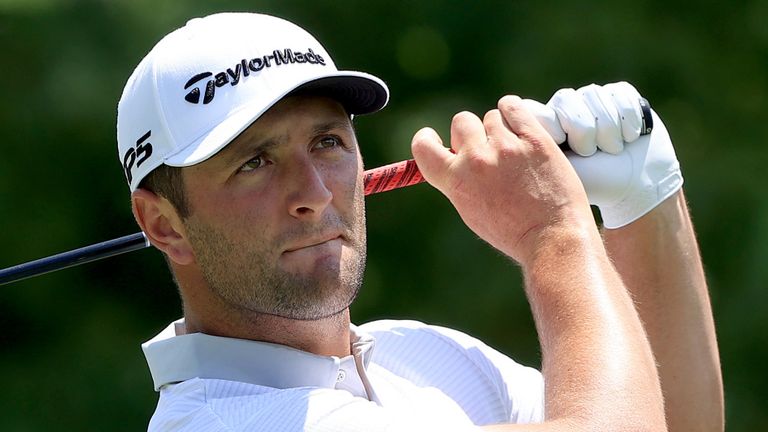 For the second straight week, a top drawing card dropped out of a PGA Tour event, with Tiger Woods announcing that he won’t play in the Farmers Insurance Open—which he has won seven times—after undergoing a fifth back surgery.

The good news is that second-ranked Jon Rahm of Spain (pictured), who withdrew from The American Express last week because of a minor back injury, will be in the field at Torrey Pines Golf Course in La Jolla, which will host to U.S. Open on the South Course in June.

“Truth is, I hurt myself in the gym on Friday,” said Rahm, who won at Torrey Pines in 2017, said on Sirius XM Radio. “I’m taking time off now trying to be smart. I could play right now (in the AmEx), but I don’t want to make it worse.

“I’m feeling good, just not 100 percent. I could play and make the cut, maybe even a top 20, but if I don’t think I can win then no point in playing. … But I was back on the range the next day.”

Rahm almost won again last season at Torrey Pines, finishing one stroke behind Marc Leishman of Australia, who will be back to defend his title against a strong field on the South and North courses.

Sixth-ranked Xander Schauffele, a local favorite from La Jolla and San Diego, will be trying to win his home tournament for the first time, while seventh-ranked Rory McIlory has made the long flight back after finishing third in the Abu Dhabi Championship in the United Arab Emirates on the European Tour.

“Yeah, the length factor,” McIlroy said of Torrey Pines, where he tied for third last year. “The par 5s are very gettable, there’s two reachable par 4s. There’s tee shots I hit … offline that if you hit those tee shots on the South course, you get penalized a lot more.

“You’re giving yourself birdie looks as long as you don’t hit it behind a stray tree that’s somewhere in the rough. You can sort of just let it rip a little bit more on the North course.”

Phil Mickelson grew up nearby in San Diego and has won his local tournament three times, but his last title came in 2001.

“The reason why this course plays so long is that we’re at sea level, we get a day where it’s a little bit cooler and the ball just doesn’t quite fly as far as it normally would,” Mickelson said.

Even without Tiger, the Farmers again has a strong field.