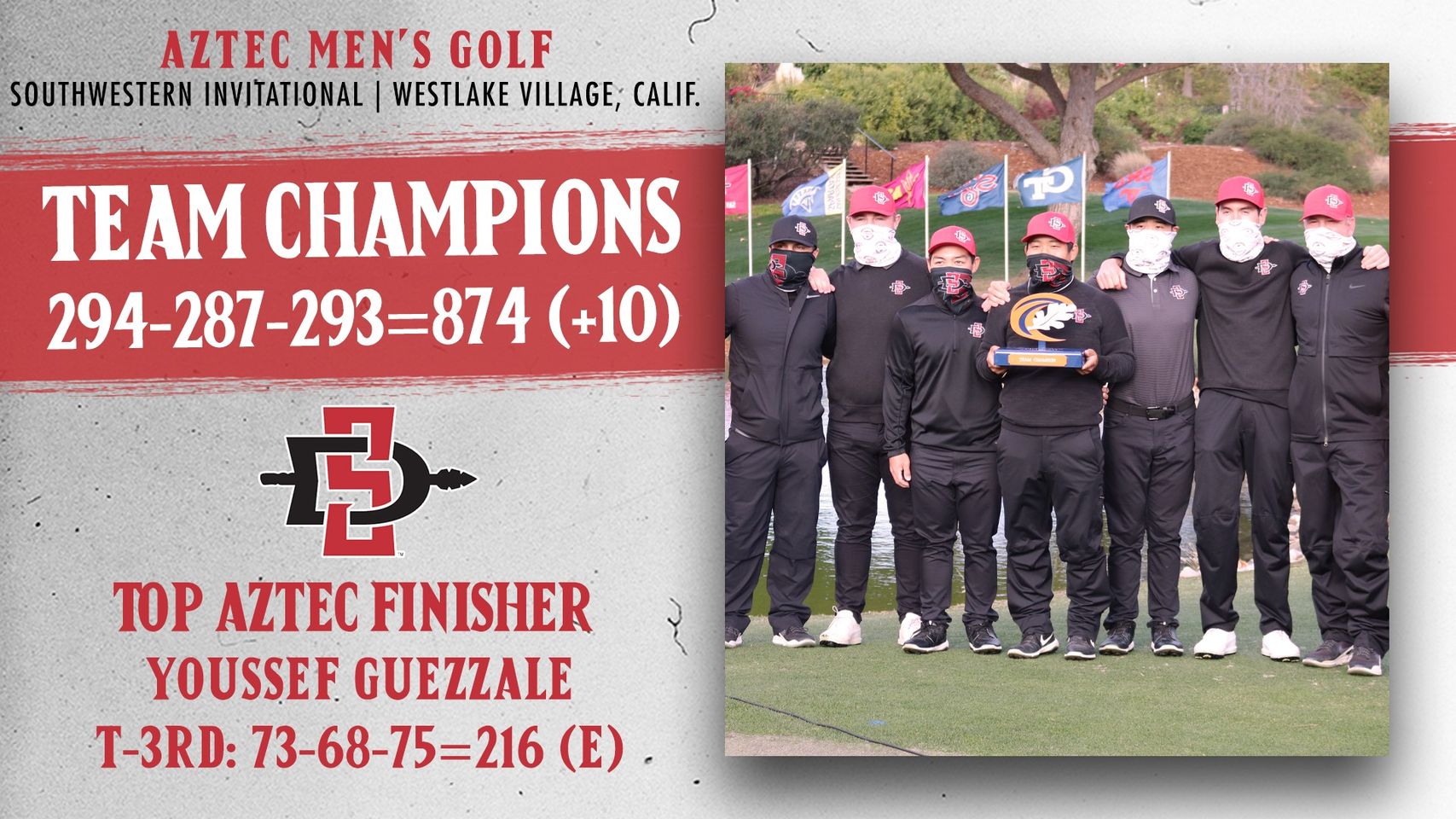 San Diego State rallied from seven strokes down at the start of the final round to win the Southwestern Invitational by three shots over Arizona State in cold, windy conditions at North Ranch Country Club in Westlake Village.

“‘Why not us’ has been our slogan the whole season and we’ve been sticking with it,” San Diego State Coach Ryan Donovan said. “We have great team chemistry and I just take my hat off to our guys. We had a good time and we just played well.

“We just kept working and doing what we do.”

“I played really good golf today with no bogeys,” said Puig, who was playing in his fifth college tournament. “Unfortunately, some of our guys didn’t play as well as they can and we didn’t win, so it’s tough. But we fought to the end and I’m proud of our team.

“I played really well all week, kept the ball low in the wind and stuck with my plan. So I’m very happy to win.”