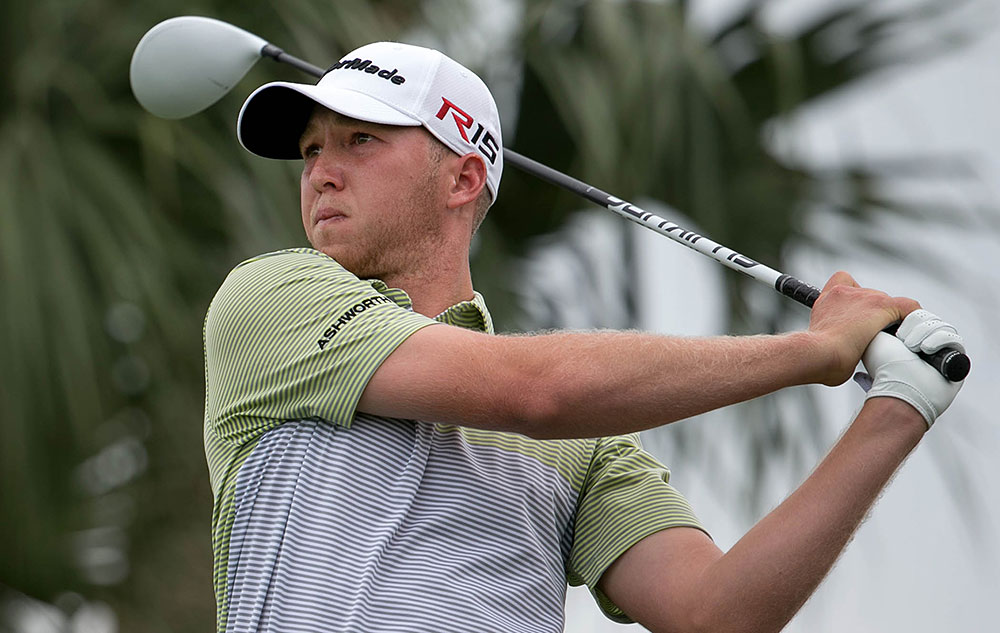 Sungjae Im of South Korea warmed up for his title defense in the Honda Classic this week by closing with a 6-under-par 66 to tie for 17th in the Players Championship on Sunday at TPC Sawgrass, missing a top-10 finish by one stroke.

Even though he was the PGA Tour’s 2019 Rookie of the Year, the 22-year-old Im did not win on the circuit until he beat Mackenzie Hughes of Canada by one stroke last year on the Champion Course at PGA National in Palm Beach Gardens, Fla.

“Even after winning Rookie of the Year and having a few chances to win, I really wanted to get that win,” said Im, who also was the 2018 Korn Ferry Tour Players of the Year. “I had a few good chances that slipped away, but I’m also still very grateful that I could win at such a young age, and to have it happen as fast as it did, I’m very happy.

“After being so close so many weeks and even after having a bunch of top 10s and just using that experience was big, and just hope to really work hard and move forward and become a winner again very soon.

“I’m just so happy to be on the PGA Tour and just to play golf, I don’t really look at it as work, it’s more of a chance to just go out and do what I love, and play golf.”

The Honda Classic rounds out the Florida Swing, but has the disadvantage of landing on the schedule between the Players Championship and the WGC-Dell Technologies Match Play Championship next week at Austin Country Club in Austin, Texas.

Because of that, all of the players in the top 10 in the World Golf Rankings are taking the week off, and the highest-ranked player in the Honda field is No. 12 Joaquin Niemann of Chile.

Still, there is a solid field ready to tee it up at PGA National in addition to Im and Niemann, headed by Daniel Berger (pictured), Phil Mickelson, Adam Scott, reigning Open champion Shane Lowry of Ireland, Brian Harman, Keegan Bradley, Rickie Fowler, Jim Furyk, Zach Johnson, Danny Willett of England, Padraig Harrington of Ireland, Brendan Steele, Rory Sabbatini of Slovakia, Stewart Cink, Jason Dufner, Vijay Singh and Lee Westwood of England, who has finished second in each of the last two weeks in the Arnold Palmer Invitational and the Players.

“We have a very deep field,” Honda Classic Executive Director Ken Kennerly said. Tuesday. “A lot of the best players want to play here because the course is so tough. That’s why Lee Westwood plays here every year.”

They’re all looking forward to testing the famed and sometimes dreaded “Bear Trap,” holes 15-17 on the Champion Course at PGA National, which the winner must navigate successfully—especially on Sunday.