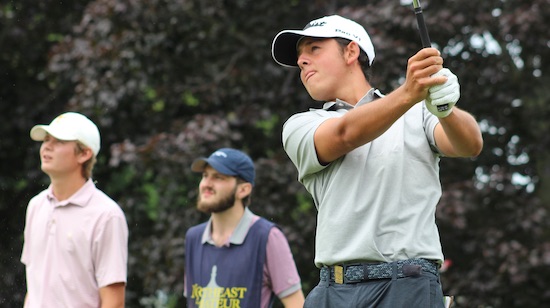 Menante, a Waves junior from Carlsbad, captured the 59th Northeast Amateur Championship by two strokes over Jerri Ji of the Netherlands at Wannamoisett Country Club in East Providence, R.I.

“This win has been a long time in the making,” said the 20-year-old Menante, who was the 2021 West Coast Conference Player of the Year and made the all-conference team. “I have had four second-place finishes this year and lost in a playoff three times. I was happy I didn’t have to go into a playoff.

“This tournament is top five in the world of amateur golf. I am so honored to win. I didn’t have my best game on the front nine, but my short game helped keep my round together. I was surprised with how patient I stayed out there.

“But winning the National Championship and winning the Northeast Amateur has proven to everyone that I belong here.”