Pendrith Leads Lee by 3 Strokes in Bermuda Championship After 65 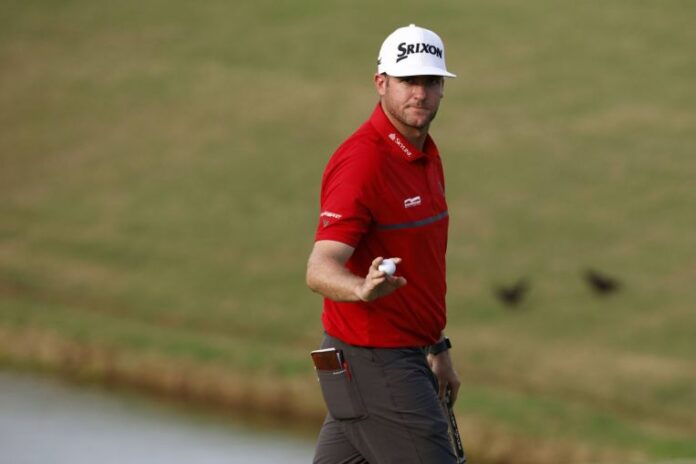 PGA Tour rookie Taylor Pendrith of Canada followed his career-best 61 with another low round to increase his lead and the weather might be the only thing that threatens him.

The 30-year-old Pendrith shot 6-under-par 65 and leads Danny Lee of New Zealand by three strokes heading to the final round of the Butterfield Bermuda Championship at Port Royal Golf Course in Southampton, Bermuda.

Final round tee times have been moved up because of thunderstorms expected in the afternoon.

“It was definitely nice to make a couple of late birdies to increase my lead, and I had another chance on the last hole but misread the putt,” said Pendrith, whose only two victories came on the PGA Tour Canada in 2019. “To have a 40-footer go in on the 16th hole was a bit of a bonus.

“Apparently, it’s going to be a tough time tomorrow and anything can happen, so it’s nice to be a few shots ahead. I’m hoping to have another good day and make as many pars as I can and some birdies, but it sounds like it’s going to be a grind.

“I just have to stick with what I’ve been doing.”

Pendrith, playing in only his fourth PGA Tour event, started slowly and was 1-over through six holes, but birdied the next four and added four birdies on the back nine to record a 54-hole score of 17-under 196.

Lee, whose only PGA Tour victory came in a playoff at the 2015 Greenbriar Classic, made four birdies on each nine to overcome two bogeys and posted his own 65.

“I didn’t come here just to play golf, I came over here to play some good, really good golf,” said Lee, who became the youngest winner of the U.S. Amateur Championship at the age of 18 in 2008. I’m doing it right now, so it’s good to see that happening right now. I just need one more day like this.

“ … I haven’t had this kind of round or this kind of week in a while. It’s good to be back in contention and feel a little bit of nerves and seeing the crowds and getting to mix with the crowds. I’m hitting a lot of good golf shots, making a lot of birdies out there. It’s been a lot of fun.”

Lucas Herbert of Australia had four birdies on the back nine in another 65 and is four shots behind in solo third, while Patrick Rodgers of Stanford made birdies on three of the first seven holes but didn’t have another until the last hole for a 69 and is one more down in a tie for fourth with Vincent Whaley, who made two late birdies in a 68.

Justin Lower carded a bogey-free 67 and is six strokes back in a tie for sixth with Peter Malnati, who also finished at 67, while Curtis Thompson made two late birdies for another 67 and is seven shots behind in a tie for eighth with Patrick Flavin, who birdied five of the first eight holes on his way to a 68.

Patrick Reed, the highest-ranked player in the field at No. 24 in the world, hit his drive into the bushes and his next shot into the water to make a double-bogey 7 at No. 17 and is tied for 17th after a 68, while No. 26 Matt Fitzpatrick of England, who won his last start in Spain, shot 67 and is in a tie for 22nd that includes defending champion Brian Gay, who carded a bogey-free 64.