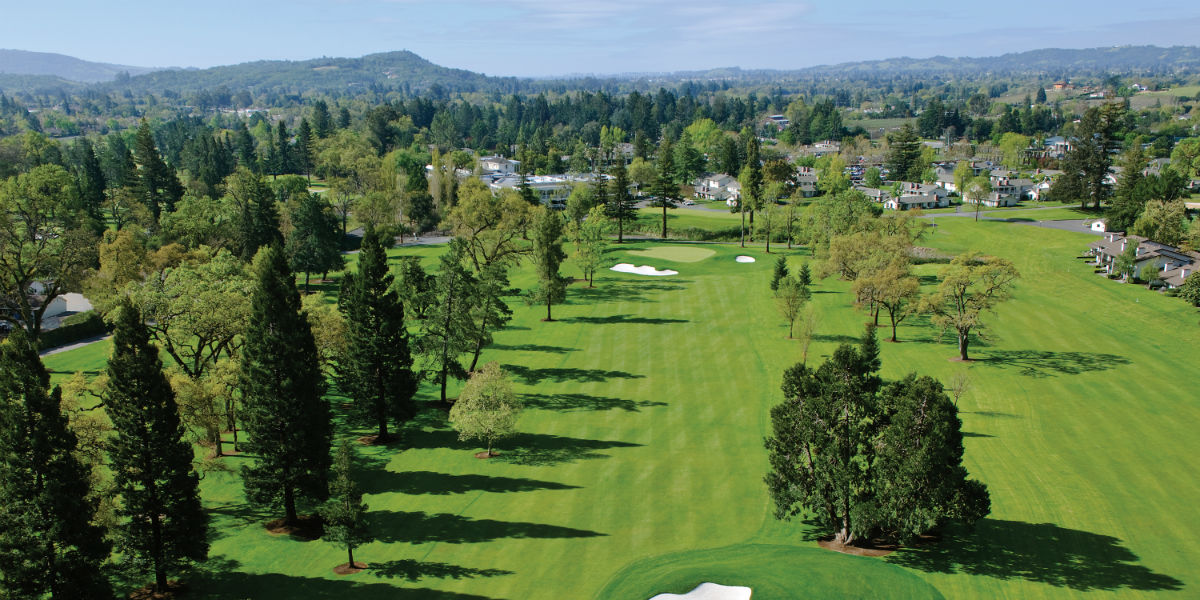 Golf courses all over were hit hard financially earlier this year when they were forced to shut down because of the Coronavirus pandemic, but what’s going on right now with the Northern California wildfires is even worse.

While play has been up at many courses after reopening, now it’s back to zero in some cases.

Not only have some courses been forced to close at times because of the heavy smoke, but lives and property have been endangered and even lost. At least 24 people have died in the fires and several more are listed as missing.

Fountaingrove Club in Santa Rosa, which is rebuilding its clubhouse that was destroyed by the Tubbs fire almost two years ago, has been in danger from the LNU Lightning Complex, the largest fire in Northern California.

Also in the Wine Country, the nine-hole layout designed by Dr. Alister MacKenzie at Northwood Golf Course in Monte Rio has “temporarily suspended all golf operations” because of smoke, along with Napa Golf Course at Kennedy Park, where “poor air quality” was cited.

Silverado Resort and Spa (pictured) was able to remain open last week to host the Safeway Open, the first event of the 2020-21 PGA Tour season won by Stewart Cink, even though the smoke was clearly visible on television during all four days.

Spotlights had to be placed next to the Silverado driving range and practice greens early on tournament days for those players in the morning wave because it was so dark from the smoke.

The day before the tournament started, ash fell from the sky.

“Just strange,” Jim Furyk said. “I mean, waking up and it was like the sun just wouldn’t come up today, it felt like. It was dark for a long time. When there was a touch of light, the sky’s just been a really awkward yellowish-grayish color.

“There was about a 20-minute window this morning where it was quite red, where you couldn’t really grab a picture of it on your phone. But it’s been … it just hasn’t felt real … a little bit like you’re on a movie set, to be honest with you.”

Silverado has had its experience with this before, as some grandstands were engulfed by flames from one of the infamous California wildfires on a Sunday night only hours after the 2017 Safeway Open ended.

Players and their families who did not leave right after the tournament and were spending the night at the resort had to be evacuated.

A few days ago, several homes around Boulder Creek Golf Course in the Santa Cruz Mountains were destroyed by the CZU Fire, and the clubhouse and some structures on the course reportedly might still be in danger.

Nearby, the famed MacKenzie course at Pasatiempo Golf Course in Santa Cruz also is closed because the surrounding community has been evacuated, and Half Moon Bay Golf Links has closed because of the air quality.

Coyote Creek Golf Club in Morgan Hill, which boasts two 18-hole courses had a fire on its property late last month, and reported on its website “a loss of property near the 17th and 18th hole of the Valley” course, but the cart barn and course were saved by firefighters.

While officials at most courses have tried to remain open for business, some courses such as Skywest Golf Course in Hayward have been forced to close at times when the smoke became to thick.

So if you are planning to play, it’s best to call ahead to see if your course is open.