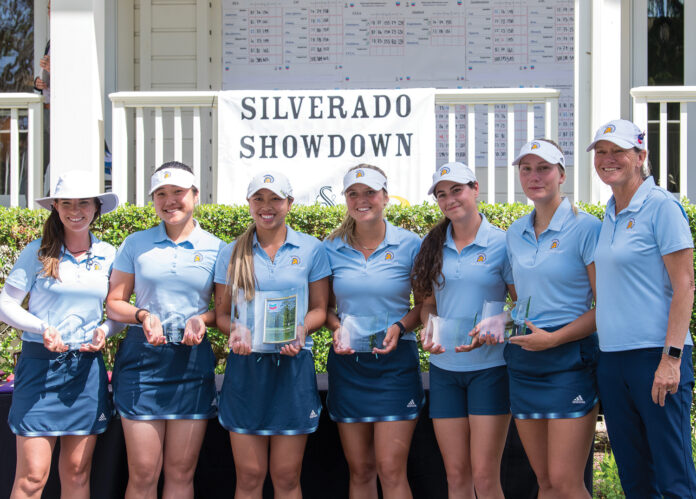 Stanford, top-ranked in the Golfweek/Sagarin women’s rankings, has a challenger virtually in its own back yard.

Sixth-ranked San Jose State has won three tournaments and finished second once in its first four events of the Spring Season, most recently beating second-ranked Oregon by two strokes in the Silverado Showdown on the North Course at Silverado Resort and Spa in Napa.

Earlier, the Spartans won the Juli Inkster Meadow Club Collegiate by one shot over Stanford at the Meadow Club in Fairfax, and also bested the Cardinal again by three strokes to win the Lamkin San Diego Invitational at The Farms Golf Club in Rancho Santa Fe.

“Oregon is really tough, but down the stretch we made a couple of key birdies to hold on,” San Jose State Coach Dana Dormann said after the most recent victory. “We’ve been in this position so many times before, so I knew they had it in them and luckily, it came out our way again.

“This team is strong, free-wheeling and a lot of fun. It’s awesome to watch this happen. The magic continues. I’m super proud of this team.”

It’s been a total team effort as not one of the Spartans have won an individual title during the run.

Stanford, which won all four of its tournaments in the Fall, also has played well in the Spring, capturing the Gunrock Invitational by 35 strokes over Washington at Del Paso Country Club in Sacramento, finishing second in the Juli Inkster and the Lamkin, and tying for third in Ping/ASU Invitational.

In addition, Seay tied for 65th to win low-amateur honors in the Chevron Championship, the first LPGA Tour major of the year on the Dinah Shore Stadium Course in Mission Hills.