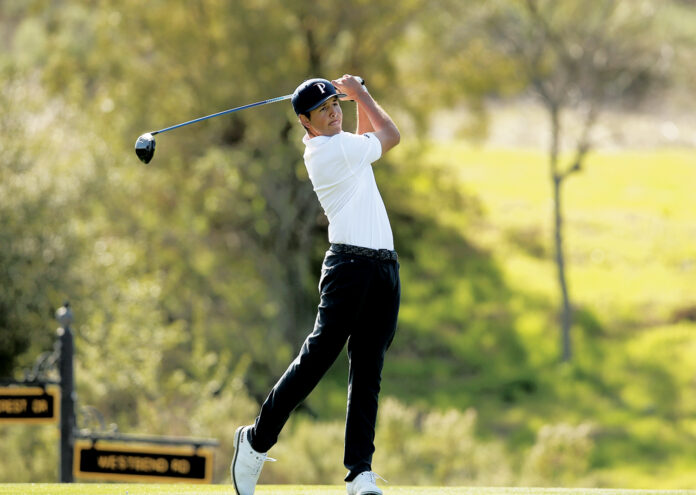 Defending men’s NCAA champion Pepperdine seems to be gearing up for a run to retain the title. The Waves, No. 2 ranked in the Golfweek/Sagarin rankings, recently captured the Valspar Collegiate Invitational at Floridian National Golf Club in Palm City, Florida by 14 strokes over No. 18 Florida State for their second victory of the season, having also won the Golf Club of Georgia Collegiate in the fall.

Dylan Menante, a Waves a junior from Carlsbad ranked 37th in the nation who has finished second on four occasions this season and won the Northeast Amateur Invitational last summer, claimed his first college title by one stroke over Frederik Kjettrup of Florida State.

The Waves will defend their title in the Western Intercollegiate on April 11-13 at Pasatiempo Golf Club in Santa Cruz.

Stanford, ranked No. 16, led much of the way before finishing third behind No. 7 Washington and No. 43 Nevada in The Goodwin at the Stanford Golf Course in Palo Alto.

Peyton Callins of Nevada claimed the individual title followed by Lucas Carper of UC Davis and Sampson Zheng of Cal, while Michael Thorbjornsen of Stanford, ranked 15th in the nation, finished in a tie for eighth.Other players in the top 100 of the national rankings include No. 17 Thomas Hutchison of UC Davis, No. 45 Karl Vilips of Stanford, No. 53 Joe Highsmith of Pepperdine and No. 55 Joey Vrzich of Pepperdine.