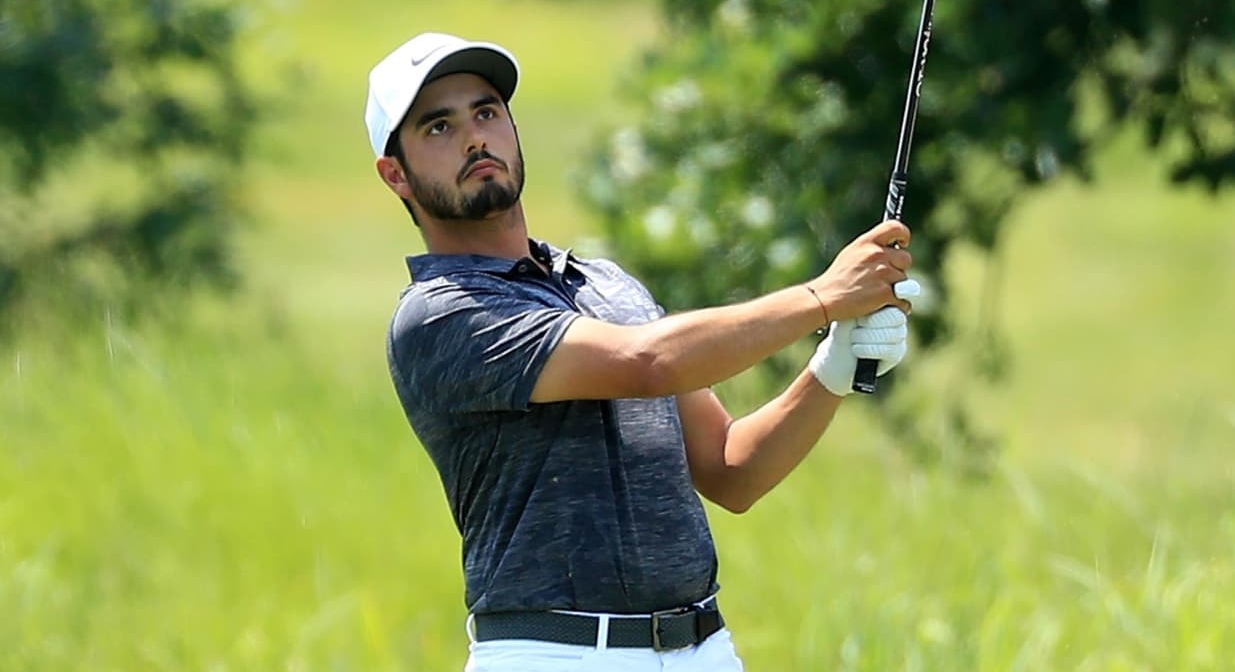 The PGA Tour will play in Mexico for the second time this season when the Mexico Open at Vidanta is contested on the Norman Signature Course at the Vidanta Nueva Vallarta Resort in Puerto Vallarta, Mexico.

“It’s huge having two PGA Tour events in our country,” said Abraham Ancer (pictured), the highest-ranked player from Mexico in the World Golf Rankings at No. 20. “I think it’s really important. It creates more awareness for the whole country to watch a little bit of golf played in our country, which is not very common, but slowly it’s getting a lot more popular.

“It also creates opportunities for more Mexicans not only to play an event in our country and to experience what playing at this level is, and the lessons you learn in an event like this are priceless.”

There are 10 players from Mexico in the field , including Ortiz and his younger brother, Alvaro.

Alvaro Ortiz won the Mexico Open last year by three strokes over Drew Nesbitt of Canada when the tournament was part of the PGA Tour LatinoaAmerica.

“What I would just say to (the young Mexican players) is just to learn as much as they can,” said Ancer, whose only PGA Tour victory came in the 2021 WGC-FedEx St. Jude Championship at TPC Southwind in Memphis, Tenn. “Obviously you come out here and you want to win the event and you want to finish really good, but even if you have a bad week, you should definitely learn what you need to get better at.

“It’s going to help you so much down the line.”

1. Jon Rahm, Spain – The second-ranked Rahm is playing for the first time since he tied for 27th in the Masters three weeks ago. He has not won since capturing his first major championship, the 2021 U.S. Open, at Torrey Pines. However, Rahm has posted seven top-25 finishes this year, including second in the Sentry TOC and a tie for third in the Farmers.

2. Abraham Ancer, Mexico – Since 2017, Ancer has finished in a tie for 21st or better every year at Mayakoba, including a tie for seventh in November. He missed the cut in the Masters three weeks ago after tying for fifth in the WGC-Dell Technologies Match Play in his previous start. Ancer’s only PGA Tour victory came in the 2021 WGC-FedEx St. Jude Invitational.

3. Tony Finau, United States – Surprisingly, Finau has struggled this season, with a tie for 19th in the Sentry Tournament of Champions early in January his only finish in the top 25, which makes him overdue to turn things around. He claimed his second victory on the PGA Tour in The Northern Trust last season and also captured the 2016 Puerto Rico Open at Coco Beach.

4. Gary Woodland, United States – The 2019 U.S. Open champion at Pebble Beach, where he beat Brooks Koepka by three strokes, hasn’t won since that day when he claimed his fourth victory on the PGA Tour. Woodland has posted four top-10 finishes this season, including ties for fifth in back-to-back outings, the Honda Classic and the Arnold Palmer Invitational.

5. Sebastian Munoz, Colombia – Claimed his only victory on the PGA Tour and his fourth as a pro in the 2020 Sanderson Farms Championship. Munoz has finished solo third in the RSM Classic and tied for fourth in the Zozo Championships among four top-25 results this season, in addition to tying for 26th in the Arnold Palmer Invitational and the WGC-Dell Match Play.

6. Patrick Reed, United States – A nine-time winner on the PGA Tour, including the Farmers Insurance Open at last season, Reed’s best finish this season was a tie for second in the Butterfield Bermuda Championship. However, he has played well south of the border before, winning the 2020 WGC-Mexico Championship by one stroke over Bryson DeChambeau.

7. Aaron Rai, England – A six-time winner around the world, the last in the 2020 Aberdeen Standard Investments Scottish Open, Rai continues to seek his first victory on the PGA Tour. He tied for fourth last week in the Zurich Classic of New Orleans while teaming with David Lipsky, and also tied for sixth in the Farmers Insurance Open and tied for 15th at Mayakoba.

8. Aaron Wise, United States – The 25-year-old Wise, from Lake Elsinore, has three professional victories, including his only PGA Tour title in the 2018 AT&T Byron Nelson. He has five top-25 finishes on the PGA Tour this season, including a tie for fifth in the CJ Cup at the Summit and a tie for eighth in the Shriner’s Childrens Open, plus a tie for 15th at Mayakoba.

9. Kevin Na, United States – Na, from Diamond Bar, has tied for ninth in the WGC-Dell Technologies Match Play Championship, tied for 14th in the Masters and tied for 26th in the RBC Heritage in his last three starts. Na has claimed five victories on the PGA Tour, the last coming in the 2021 Sony Open in Hawaii, among his eight titles as a professional.

10. Matt Jones, Australia – A two-time winner on the PGA Tour in the 2014 Shell Houston Open and the 2021 Honda Classic among his four victories as a professional, Jones has been close again twice this season. He tied for second recently in the Shell Houston Open finished solo third in the Sentry Tournament of Champions, when he played the weekend in 62-61.

1. Sangmoon Bae, South Korea – Bae has 15 victories in his professional career, including in the 2013 Byron Nelson Championship and the 2015 Frys.com Open on the PGA Tour.

3. Jonas Blixt, Sweden – Blixt has struggled this season, but has three PGA Tour titles in the 2012 Frys.com Open, the 2013 Greenbrier Classic and the 2017 Zurich Classic of New Orleans.

4. Alvaro Ortiz, Mexico– Captured this tournament last year when it was part of the PGA Tour Latinoamerica, and had nine amateur victories, including the 2019 Latin America Championship.

5. Tommy Gainey, United States – “Two Gloves Tommy,” who won the 2012 McGladrey Classic for his only PGA Tour victory, also has three titles on what is now the Korn Ferry Tour.