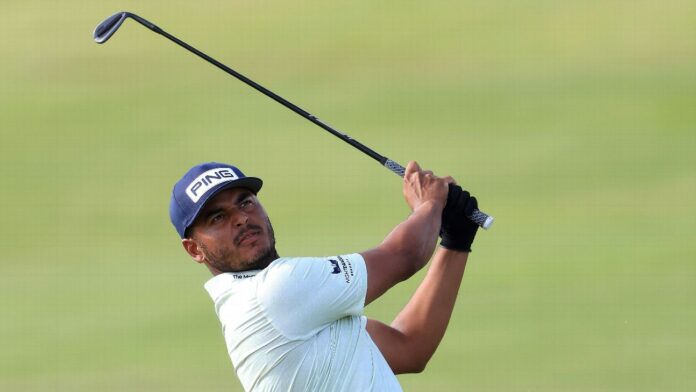 Sebastian Munoz of Colombia was playing a numbers game and had the lowest number of the day.

The 28-year-old Munoz tied the Seaside Course record with a 10-under-par 60 to take a one-stroke lead over four players after the first round of the RSM Classic on the Seaside and Plantation Courses at Sea Island Resort in Sea Island, Ga.

This is the ninth and final event on the Fall portion of the 2021-22 PGA Tour schedule.

“Yeah, it’s a thing I used to do back in college, it was the challenge of the day trying not to make a 5 on the scorecard with my fellow college team players,” said Munoz, who attended North Texas. “So that’s when I know I play my best, when I don’t make a 5.

“I felt great yesterday playing the pro-am, basically the same weather for two days, so I knew I was hitting it good. I just let it happen. I haven’t really looked at the forecast, so I don’t know how much it’s going to blow tomorrow or if it’s going to be cold or not, so I’m just kind of here right now and I’ll adjust tomorrow and see what happens.”

Munoz, whose only victory on the PGA Tour among his four as a professional came in the 2019 Sanderson Farms Championship, birdied five of the last seven holes on the front nine and added three more on the back plus a nine-foot eagle putt on the 15th hole.

Zach Johnson, the two-time major champion who lives near the course, shot 9-under 61 on the Seaside Course to tie for second with 2016 RSM champion Mackenzie Hughes of Canada, Scott Stallings and Chez Reavie, who all totaled 9-under 63 on the Plantation Course.

“I’m just ecstatic (over) the fact I hit every green and gave myself a very just smooth, easy day where I made a couple putts, hit a couple shots close,” said Johnson, 45, who has won 12 times on the PGA Tour, including the 2007 Masters and the 2015 Open Championship. “That’s all I can ask for.

Hughes made four birdies on each nine and hole out eagle at No. 18, while Stallings collected seven birdies and an eagle from the fairway at No. 8, and Reavie played bogey-free and also had a hole-out eagle at No. 14.

John Huh of Los Angeles and Cal State Northridge, Scottie Scheffler, Chesson Hadley, Nate Lashley, Seamus Power of Ireland and Mickey DeMorat all finished at 7-under 63 on the Seaside and are tied for 10th with Doc Redman, Bill Haas, Tom Hoge, Vince Whaley and Lee Hodges, who all wound up at 7-under 65 on the Plantation.

Rory Sabbatini of Slovakia posted a 4-under 68 on the Plantation Course but was later disqualified for having a “non-conforming external attachment” on the face of his one of his fairway woods.

The attachment was a reflective sticker that Sabbatini, who self-reported the violation, was using for swing analysis on the driving range, but he forgot to remove it when he went to the course.