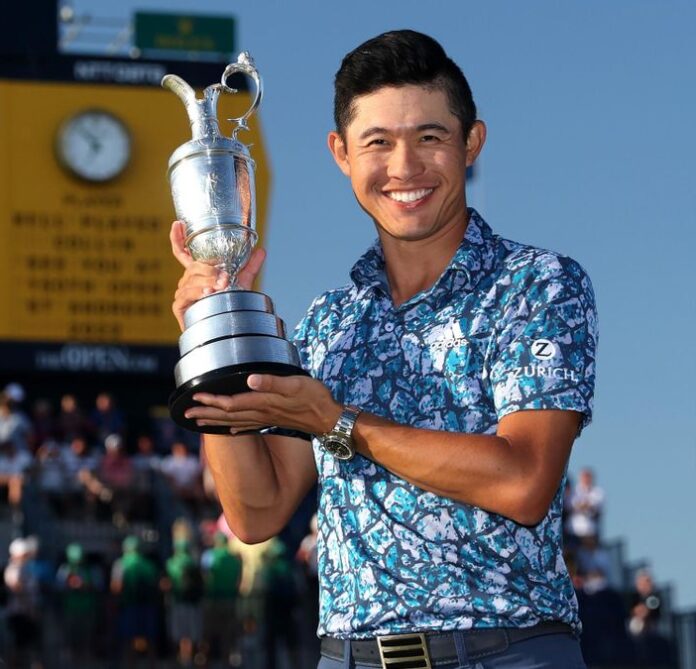 Collin Morikawa validated himself as a major player.

The 24-year-old Morikawa closed with a bogey-free, 4-under par 66 to win the 149th Open Championship by two strokes over Jordan Spieth and claim the Claret Jug at Royal St. George’s Golf Club in Sandwich, Kent, England.

“This is definitely one of the best days of my life and I will look forward to coming back here every year to play in the British Open,” said Morikawa, who captured the PGA Championship last year at TPC Harding Park in San Francisco. “Obviously, I am biased toward the United States, but the fans over here have been just great this week.

“It’s been tough the last year (because of the Coronavirus pandemic) and my family and friends couldn’t be here to watch me play as they usually are because of the travel restrictions, but I will be seeing you all soon. It’s been an honor to play a great golf course like Royal St. George’s, and to be called ‘The Champion Golfer of the Year’ just gives me chills.”

The fourth-ranked Morikawa, from La Canada Flintridge and Cal, took the lead with three straight birdies through No. 9 and added another at No. 14 in addition to making several clutch par saves, on his way to a 72-hole total of 15-under 165.

Spieth, who won the 2017 Open Championship at Royal Birkdale, sank a 20-foot eagle putt on the way to his own 66, but acknowledged that the difference for him was making bogeys on the last two holes of round three.

“Those two strokes, that definitely was it, but this is still a huge positive,” said Spieth, a three-time major winner who also won the Masters and the U.S. Open in 2015. “Without those two bogeys, I would have been in the final group, where you feel you have more control of what’s going on.

“I made two more bogeys early today and I tried not to look at the scoreboard, but finally I had to look to see where I stood. I was three strokes behind and that might have helped push me to make those birdies, but I was just a little too far behind to catch up.”

Second-ranked Jon Rahm of Spain, the U.S. Open champion, eagled the seventh hole and made four straight birdies on the back nine in yet another 66 and finished four shots back in a tie for third with Louis Oosthuizen, the 2010 Open champion at St. Andrews, who held the lead after each of the first three rounds, but closed with a 71.

Dylan Frittelli of South Africa had two late birdies in a 68 and was one more down in solo fifth, while eighth-ranked Brooks Koepka carded a 65 that equaled the low score of the day and wound up seven strokes behind in a tie for sixth with Mackenzie Hughes of Canada, who birdied the last hole for a 66.

Top-ranked Dustin Johnson also birdied No. 18 to cap a 67 and finished eight shots back in a tie for eighth with Robert MacIntyre of Scotland, who wound up at 67, Daniel Berger, who eagled No. 14 in a 68, and Scottie Scheffler, who came in at 71.

Defending champion Shane Lowry of Ireland tied for 12th after a 69, fifth-ranked Xander Schauffele of La Jolla and San Diego State closed with a 65 to tie for 26th, sixth-ranked Bryson DeChambeau of Clovis tied for 33rd after a bogey-free 65, third-ranked Justin Thomas totaled 69 to tie for 40th, and Rory McIlroy of Northern Ireland, the 2014 Open champion, tied for 46th after a 71.