Mitchell 2 Up on Rory, Woodland in Wells Fargo 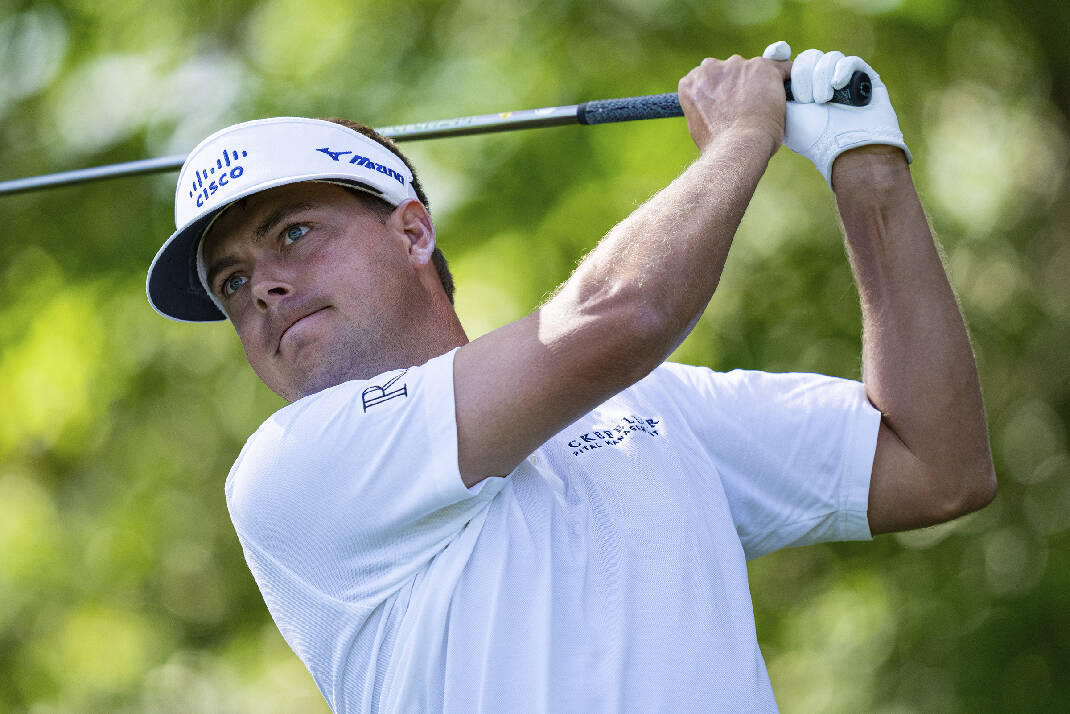 Keith Mitchell simply outplayed two big names at the top of the leaderboard.

The 29-year-old Mitchell carded a bogey-free, 5-under-par 66 to take a two-stroke lead over Rory McIlroy of Northern Ireland and Gary Woodland heading to the final round of the Wells Fargo Championship at Quail Hollow Club in Charlotte, N.C.

“I felt like I played pretty well last week in the Valspar, but in the final round everything just fell apart,” said Mitchell, whose only PGA Tour victory came in the 2019 Honda Classic. “It was my putter … I couldn’t make a thing. It turned out my putter was bent, so they just bent it back, and here we are.

“Also, I started hitting my driver really well a couple weeks ago and it freed me up a lot. This week, that’s really been the big thing. I’m driving it really well and now I’m making some putts.

“I really love this course, the way it fits my eye. Everything is just clicking. Really just trying to keep the ball in front of me right now and see what we can do tomorrow.”

Mitchell, who has only one top-10 finish each of the last two seasons, birdied two of the last three holes on the front nine and added three more birdies coming home to record a 54-hole score of 9-under 204.

Four-time major champion McIlroy, who has won the Wells Fargo Championship twice, had four birdies on the front nine and overcame a double-bogey 6 on the 12th hole in a 68, while Woodland, the 2019 U.S. Open champion, sank a five-foot birdie putt at No. 17 to salvage a 70.

“It helps when you make some putts,” said McIlroy, who hasn’t won since the 2019 WGC-HSBC Champions. “I made a birdie putt at No. 3 where the only way the ball was going to stop was to hit the hole. Putts like that are just a bonus. When the greens are this good and it’s even a little windy, you just have to get the speed right. Today my speed was really good.

“I felt like my game was pretty far away, so I took a week off after the Masters and have been working really hard ever since. I found something last week that helped me get going in the right direction.

“And it’s great to have the crowd around again. There was a real buzz, and I was pleased with that.”

Luke List sank a 23-foot eagle putt at No. 7 and made three straight birdies through No. 17 in a 68 and is three shots back in solo third, while Satoshi Kodaira collected seven birdies in a 68 and is one more down in a tie for fourth with Scott Stallings, who chipped in for an eagle on the eighth hole in a 70.

Seventh-ranked Patrick Reed made his only bogey on the first hole of a 69 and is five behind in a tie for seventh with Viktor Hovland of Norway (68), Jason Dufner (67), Kyle Stanley (68), Abraham Ancer of Mexico (70) and Matt Wallace of England (73).

DeChambeau thought he missed the cut the day before and flew home, but actually made the weekend on the number, so he took another flight back early in the morning to make his third-round tee time.

Phil Mickelson, who led after a first-round 64, struggled for the second straight day and his 76 left him tied for 54th.