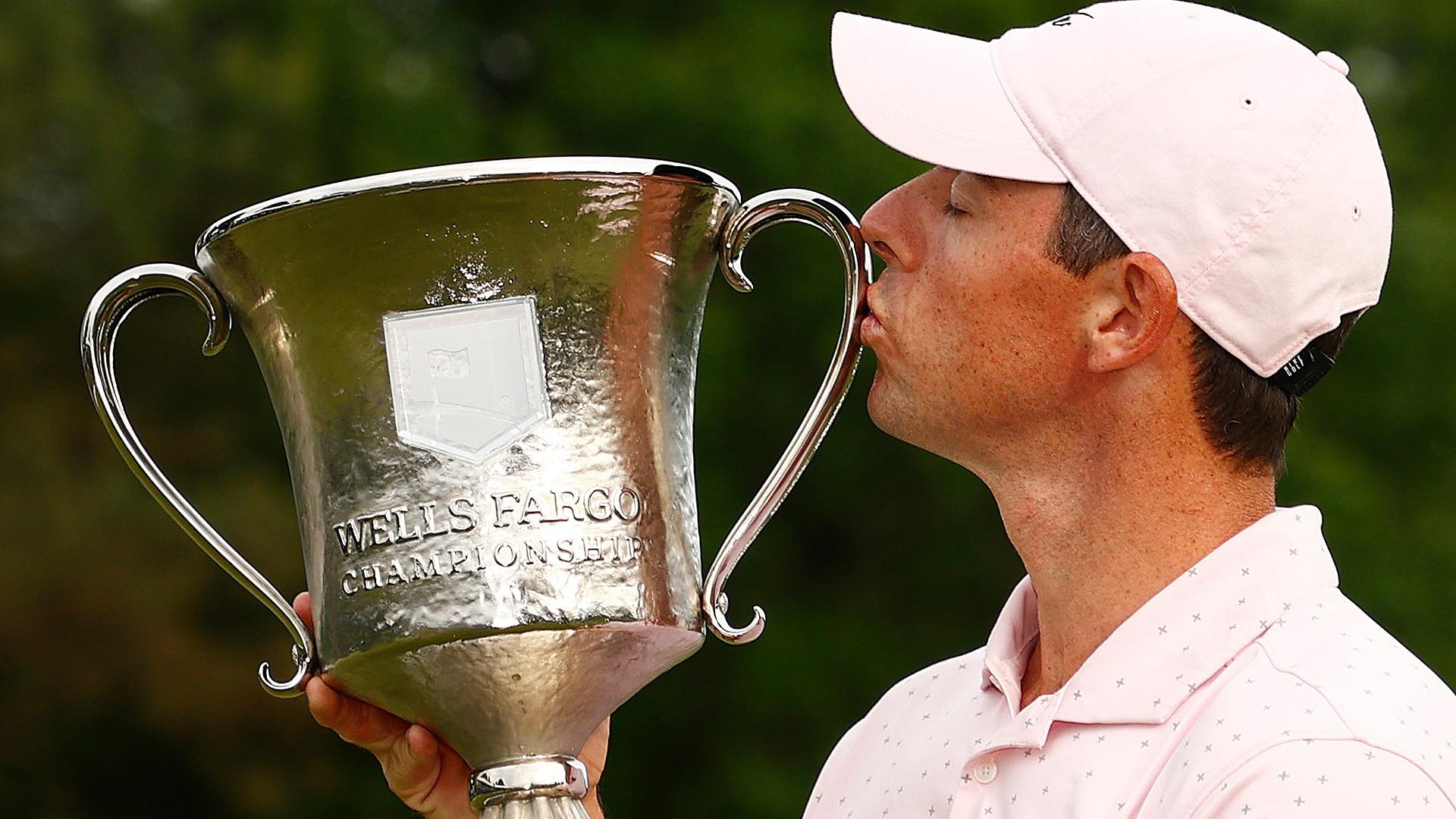 Rory McIlroy of Northern Ireland remembered how to win, but it didn’t come easily.

The 32-year-old McIlroy survived a wild drive on the last hole to claim his 29th pro title, and the first in two seasons, by shooting 3-under-par 68 for a one-stroke victory over Abraham Ancer of Mexico in the Wells Fargo Championship at Quail Hollow Club in Charlotte, N.C.

McIlroy also won the Wells Fargo in 2010 and 2015, and is the only multiple winner of the tournament.

“It’s never easy to win out here and it feels like a long time, almost two years since I won in China,” said McIlroy, whose last victory came in the 2019 WGC-HSBC Champions. “The world is a completely different place since them because of the pandemic. I’ve become a father, and winning on Mother’s Day with my wife, Erica, here and my Mom at home in Ireland.

“This is one of my favorite places in the whole world and the first place where I’ve won three times. It’s awesome. When we first came back, I thought it would relax me to play without fans, but I missed their energy.

“They brought out the best in me today and carried me through.”

McIlroy took a two-stroke lead to the final hole but hit his tee shot wildly to the left, barely avoiding the creek that runs down that since of the fairway. After taking a penalty drop because of a poor lie, he hit the green with his third shot and two-putted for a bogey to finish at 10-under 274.

That was McIlroy’s only bogey of the day, as he made two birdies on each nine, including back-to-back at Nos. 14 and 15 to take the lead.

Ancer, who has two pro victories but none on the PGA Tour, birdied three straight holes through No. 17 in a bogey-free 66 to make it close.

Viktor Hovland of Norway carded a bogey-free 67 and finished two shots back in a tie for third for the second straight week, this time being even with third-round leader Keith Mitchell, who birdied the first hole but had only one more in a 72.

Gary Woodland, seeking his first victory since the 2019 U.S. Open at Pebble Beach, was one more down in solo fifth after a 70, while seventh-ranked Patrick Reed shot 70 and wound up five strokes behind in a tie for sixth with Matt Wallace of England, who also had a 70, and Luke List, who finished at 72.

Fifth-ranked Bryson DeChambeau of Clovis posted a second straight 68 to wind up six down in a tie for ninth with Aaron Wise of Lake Elsinore, who came in at 69.

Fourth-ranked Xander Schauffele of La Jolla and San Diego State chipped in from 61 feet for an eagle at No. 15 in a 71 to tie for 14th, while second-ranked Justin Thomas tied for 26th after a second straight 71, and Phil Mickelson, who led after a first-round 64, struggled for a third straight day to a 76 to finish 69th.