Mickelson Makes It 2-For-2 on Champions Tour 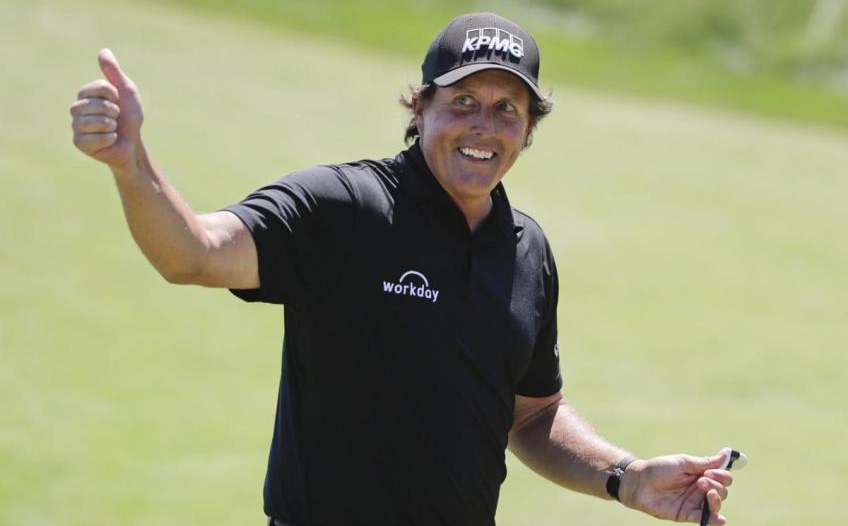 Phil Mickelson isn’t quite ready to play full-time on the PGA Tour Champions and the other members probably are glad for that.

Mickelson, who turned 50 in June to become eligible, won for the second time in as many starts on the senior circuit when he shot 7-under-par 65 to beat Mike Weir of Canada by three strokes in a duel of left-handers in the Dominion Energy Charity Classic at the Country Club of Virginia in Richmond, Va.

“I have a lot of fun playing out here because I can be aggressive and still get away with it if a shot is a little bit off (because the courses are a little more forgiving),” said Mickelson, who won his Champions Tour debut in August at the Charles Schwab Classic Series at Ozarks National. “Plus, it’s great to play against some of my old friends again. Mike Weir and I played against each other in college.

“I can play a more attacking style and I enjoy that. I hit one really bad shot and got away with it by playing a good back nine. It was a successful week and should give me some good momentum going toward Augusta (for the Masters next month).”

Mickelson, from San Diego, collected four birdies on the front nine before hitting his drive out of bounds en route to a bogey-6 at No. 9, but made four more birdies on the back nine to record a score of 17-under 199.

Lefty claimed the 53rd victory of his pro career, including 44 on the PGA Tour.

Weir, the 2003 Masters champion who also turned 50 this year, took a three-stroke lead to the final round after shooting 63 in round two, but closed with a 71, while Paul Goydos of Coto de Caza and Long Beach State matched Mickelson’s 65 and was two shots back in third.

Brandt Jobe of UCLA totaled 68 and was five back in a tie for fourth with two-time Masters champion Bernhard Langer of Germany, the Champions Tour’s all-time leader with 41 victories, who closed with a 67.

Kenny Perry capped his 64 with an eagle on the final hole to wind up one more down in a tie for sixth with two-time U.S. Open champion Retief Goosen of South Africa, who had a 69, and K.J. Choi of South Korea, who finished at 66.

Four-time major champion Ernie Els of South Africa posted a 68 and wound up seven strokes back in a tie for ninth with Robert Karlsson of Sweden, who eagled the No. 16 and holed his second shot for a double-eagle 2 on the last hole to complete the low score of the day at 64.