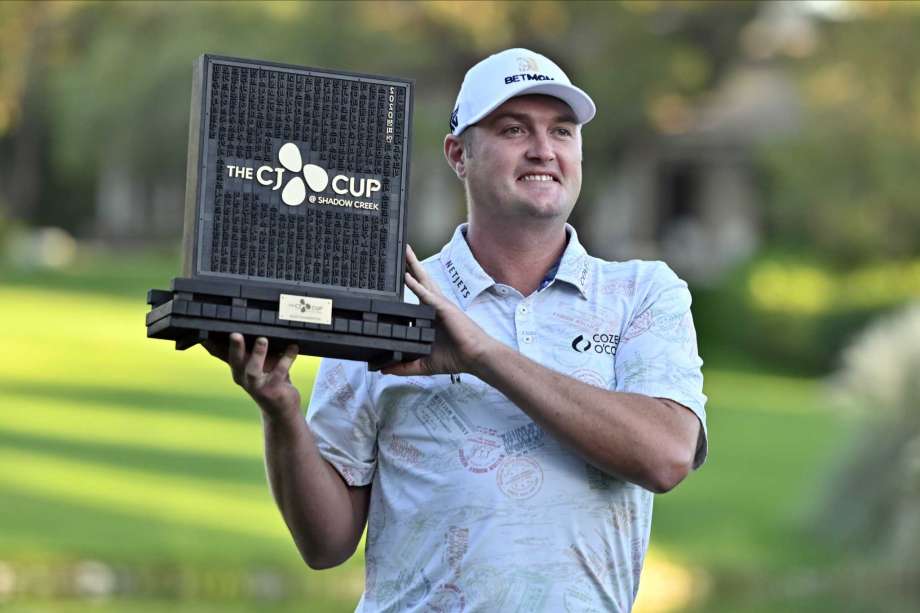 Jason Kokrak didn’t play like the only guy in the top four on the leaderboard who had never won on the PGA Tour.

“The game plan was simple, to hit fairways and give myself opportunties for birdies, because they’re out there,” said Kokrak, who won six times on lower tours and finished second on the PGA Tour before claiming his first title in his 233rd try. “I hit a lot of good shots and made some nice putts, for birdies and to save pars. I did a really good job of hitting my spots.

“It feels great because I have family here in Vegas, I’ve spent so much time here it feels like home, and I’ve played this course many times. It’s a great feeling and I couldn’t be happier. … I put in a lot of work the last few years, felt like I was going to win soon and I finally got it done.”

Kokrak collected five birdies on the front nine, including four in a row through No. 8, two more to start the back nine and sank a three-foot birdie putt at No. 18 to wrap up his 54-hole total of 20-under 268.

Schauffele, from La Jolla and San Diego State, was tied for the lead with Kokrak before making his only bogey at No. 16 and shot 64 to finish second for the sixth time since claiming his fourth PGA Tour victory in the 2019 Sentry Tournament of Champions.

Tenth-ranked Terrell Hatton of England, who captured the BMW PGA Championship at Wentworth near London on the European Tour last week, made five birdies on the back nine in a 65 and was three shots back in a tie for third with third-round leader Russell Henley, who made three bogeys on the first 11 holes and finished at 70.

Talor Gooch, whose only pro victory came in the 2017 News Sentinel Open on what is now the Korn Ferry Tour, shot 68 and was four back in solo fourth, followed by Joaquin Niemann of Chile, who was seven down in sixth after a bogey-free 66.

Two-time Masters champion Bubba Watson sank a 22-foot eagle putt at No. 4 on his way to a 68 to finish eight back in a tie for seventh with Lanto Griffin, who had a 72, while Sebastian Munoz of Colombia was one more down in ninth after a 69, and Harris English totaled 68 to wind up 10 down in 10th.

Defending champion and third-ranked Justin Thomas, who won CJ Cup two of the last three years in South Korea, struggled to a 74 and finished in a tie for 12th that included

sixth-ranked Collin Morikawa, the PGA champion from La Canada Flintridge and Cal, who had a 73.

Second-ranked Jon Rahm of Spain totaled 72 to tie for 17 th, while fourth-ranked Rory McIlroy of Northern Ireland stumbled to a

Jason Day of Australia, who started the day in a tie for sixth, was forced with withdraw on the second hole because of a neck injury.