Matthew one ahead of Hull 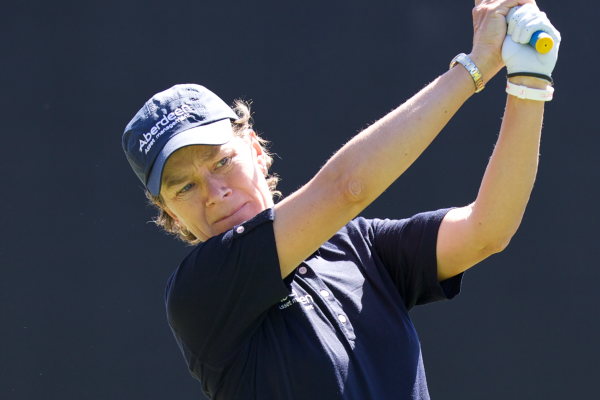 Catriona Matthew of Scotland recorded seven birdies and an eagle while carding an 8-under-par 64 to take a one-stroke lead over 18-year-old Charley Hull of England after one round of the Airbus LPGA Classic on the Crossings Course at Magnolia Grove on the Robert Trent Jones Golf Trail in Mobile, Ala.

Matthew, a 44-year-old mother of daughters 7 and 4 years old, started on the back nine and bogeyed No. 12 before she got it going on the next hole.

“Obviously, the scoring I could see was pretty low,” said Matthew, who has 11 victories as a pro including four on the LPGA Tour. “Holed a nice shot from the bunker at 13, the par 5, for eagle, so that kind of kick-started my round. Any time you get off to a good start, it’s good.

“I’m really pleased. Just had two weeks at home, so you never quite know what you’re going to come out and play like. So, yeah, delighted. Got the putter going and holed some putts, which is nice.”

Suzann Pettersen of Norway, continuing her comeback from a back injury, birdied the second through fourth holes in a bogey-free 66 and was tied for third with Stacy Lewis, who birdied four straight through No. 18, and Eun-Hee Ji of South Korea, who birdied the last three holes of a bogey-free round.

Nicole Castrale of Palm Desert and USC collected five birdies on the back nine in a round of 67 and was tied for sixth with Se Ri Pak of South Korea, Jessica Korda, Julieta Granada of Paraguay, Moira Dunn and Jenny Shin of South Korea.