DJ leads with bogey-free 65 at Colonial 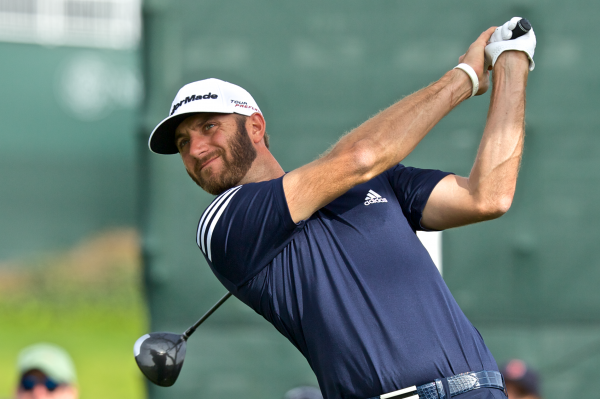 Dustin Johnson posted a bogey-free 5-under-par 65 to take a one-stroke lead over Hunter Mahan, Harris English, Robert Streb and Tim Wilkinson of New Zealand after one round of the Crowne Plaza Invitational at Colonial Country Club in Fort Worth, Texas.

The long-hitting Johnson left his driver in the bag for much of the day in favor of 3-irons off the tee, and from there hit 16-of-18 greens in regulation, leading to four birdies on the front nine and another at the par-3 16th hole, where he hit his tee shot to with two feet of the flag.

“I’ve got to keep doing what I’m doing,” said Johnson, who won the WGC-HSBC Champions in November and finished second at Pebble Beach and Riviera earlier this season. “I’ve got a pretty good game plan for the golf course off the tee.

“So I’m going to stick to that, just trying to keep getting birdie looks on every hole.”

Mahan, who has won five times on the PGA Tour but not since the 2012 WGC-Accenture Match Play Championship, blistered the front nine in 6-under 29 and held the lead until carding a double-bogey 6 on the 18th hole to close out his 66.

English, who has won each of the last two years on the PGA Tour, had three birdies on each nine, Wilkinson highlighted his bogey-free round with a 23-foot birdie putt at No. 17, and Streb birdied the last two holes in his 66.

Adam Scott of Australia, playing as the No. 1 player in the World Golf Rankings for the first time, started at No. 10 and carded four bogeys on the back nine before rallying with three birdies on the front to open with a 71.