Matsuyama Shoots 65 to Win Zozo by 5 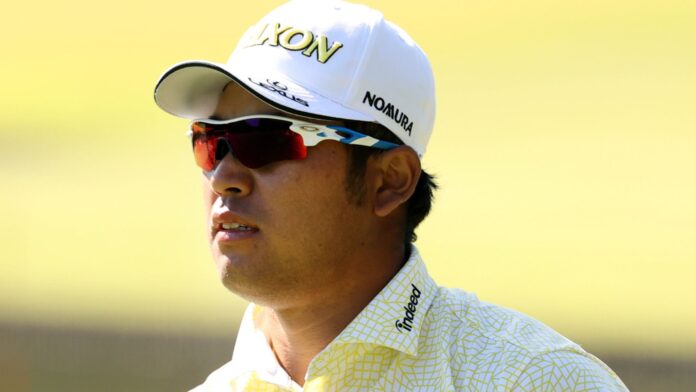 Hideki Matsuyama gave the Japanese crowd exactly what it wanted.

The 29-year-old Matsuyama holed an eight-foot eagle putt on the last hole to cap a 5-under-par 65 and claimed a five-stroke victory over Cameron Tringale of Mission Viejo and Brendan Steele of Idyllwild and UC Riverside in the Zozo Championship at Narashino Country Club in Chiba, Japan.

“It was just great to be able to play in front of so many people in Japan,” Matsuyama, the reigning Masters champion and Japanese national hero said through an interpreter on the final green when it was over. “I’m just thrilled to have played so well and to have won. The second shot on 18 was the clincher.

“ … I’m not in really good shape, but so many people cheered me on, so that helped bring my level up. I don’t know when I’ll play in Japan again, but I hope to do well in the U.S. and send good news.”

Matsuyama, who was in the lead from the second round on, fell one stroke behind Tringale briefly on the front nine in the final round but made an eagle on the sixth hole and three birdies early on the back nine to go back in front before hitting a brilliant approach shot on the final hole to set his closing eagle to finish at 15-under 265.

It gave him seven victories on the PGA Tour and 16 in his pro career, nine of them in Japan. Matsuyama also finished second behind Tiger Woods in the first Zozo Championship two years ago at Narashino.

Tringale, who finished second for the fourth time in his PGA Tour career without winning, made three birdies on the first 10 holes to stay with Matsuyama, but had bogeys on the last to holes to close with a 69.

Steele birdied four of the first seven holes and added two more birdies to go with two bogeys on the back nine and finished at 66.

Mackenzie Hughes of Canada birdied the last two holes and closed with a 67 to wind up nine shots back in a tie for fourth with Matt Wallace of England and Sebastian Munoz of Colombia, who both came in at 70.

Third-ranked Collin Morikawa of La Canada Flintridge and Cal, the reigning Open champion, birdied the last hole for a 69 and finished 10 down in a big tie for seventh with Keegan Bradley, the 2011 PGA champion, who made four birdies in in the first seven holes on his way to a 65, Sam Ryder (67), Luke List (67), Tommy Fleetwood of England (70), Lanto Griffin (66), Takumi Kanaya of Japan (66) and Branden Grace of South Africa (70).

Hiroshi Iwata of Japan, the first-round leader at 63, tied for 18th after a 69, fifth-ranked Xander Schauffele of Jolla and San Diego State, who won the Olympic Gold Medal in Japan in August, closed with a second straight 68 to tie for 28th, and Will Zalatoris, the 2020-21 PGA Tour Rookie of the Year, tied for 54th after his own 68.