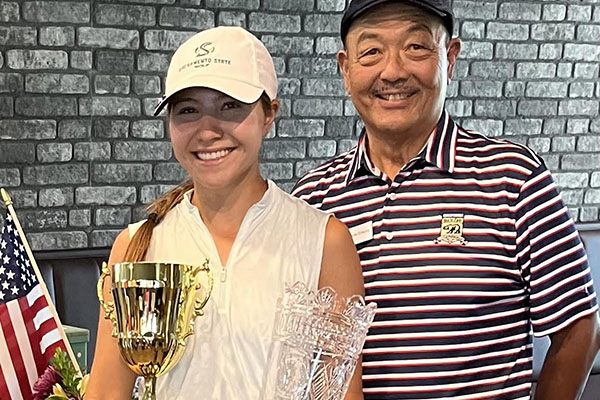 Sienna Lyford of Roseville, who played college golf at UC Irvine, sank a birdie putt on the final hole to defeat Alaythia Hinds of Rancho Murieta by one stroke and capture the 27th California State Fair Women’s Golf Championship at Bartley Cavanaugh Golf Course in  Sacramento.

Lyford, who recently won the 2022 Sacramento County Women’s Amateur Championship for the second straight year and finished second in both the California Women’s Championship and the Valley Invitational earlier this year, posted a score of 68-69—137, seven-under-par.

Hinds, a junior at Pleasant Grove High in Elk Grove, rallied with four birdies on the back nine but could manage only a closing par and fell barely short of a playoff at 69-69—138.

Lyford’s year is challenging 2018 as the best of her career, as that season she won the Castlewood Junior Championship, the Stockton Golf and Country Club Junior Championship and the Trusted Choice BI Regional in addition to tying for fourth in the 69th Sacramento City Junior Easter Championship.