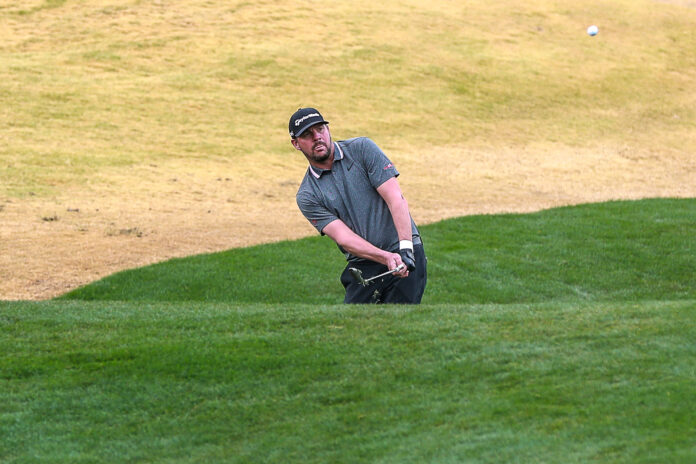 Before a member-guest golf event at Coto de Caza Golf & Racquet Club on Aug. 26, Michael Block had lunch at the club with B.J. Doucett, a friend who held the course record of 61 on the North Course.

“How wild is that?” Block said a few days later, laughing at the irony as he reflected on his career-low round during a decorated career in which he clearly has established himself as the best golfer among the hundreds of PGA club professionals in Southern California.

“It was all about the putter—just one of those days when I was making everything,” said Block, who had 10 birdies and two eagles in his record round, including a 25-foot birdie on No. 18 when he admittedly was just trying to 2-putt for his second career 59. “I wasn’t trying to make that one; just wanted to get it close.”

Instead, Block’s 22nd final putt disappeared into the cup, setting off a raucous celebration with his playing partners, including former major league infielder Nick Punto, who captured the climactic feat on cellphone video so it could be posted on Facebook.

Block, 46, has qualified for 22 career PGA Tour events, including six majors, and has captured eight of the past nine Southern California PGA Player of the Year awards. With a commanding lead in the 2022 points standings at the time, he was closing in on his record-breaking ninth SCPGA POY title when he teed it up in the weekly member-guest competition organized by Rick Booth, Coto de Caza’s longtime director of golf.

Block was merely trying to keep his game sharp as he prepared to compete for Team USA in the PGA Cup in suburban London in early September, as well as the Section PGA Professional Championship at El Niguel CC in mid-September.  And even when he made the turn after a 5-under 31, he wasn’t thinking this would be a headline-grabbing day.

“I’ve only gotten to 10-under a few times in a round,” he said. “That’s when I started thinking about it.”

His immediate reaction to his 58?

Booth said, laughing: “You don’t see many 58s anywhere. He only beat me by 19 (shots).” The only other 58 carded in Orange County in recent years was by World Golf Hall of Famer Fred Couples, a PGA Tour Champions star, at Big Canyon Country Club in Newport Beach in 2017, a few months shy of Couples’ 58th birthday.

Earlier this year, Block tied for second in the national PGA Professional Championship at Barton Creek in Austin (a prestigious title he won by conquering a 312-player field in 2014), and he qualified for the 2022 PGA Championship at Southern Hills, his fourth PGA Championship. As SCPGA Player of the Year, he also earned a berth in the 2022 Farmers Insurance Open at Torrey Pines, extending to 10 years his impressive streak of qualifying for at least one PGA Tour event.

“Can’t get much better than this,” Block said.