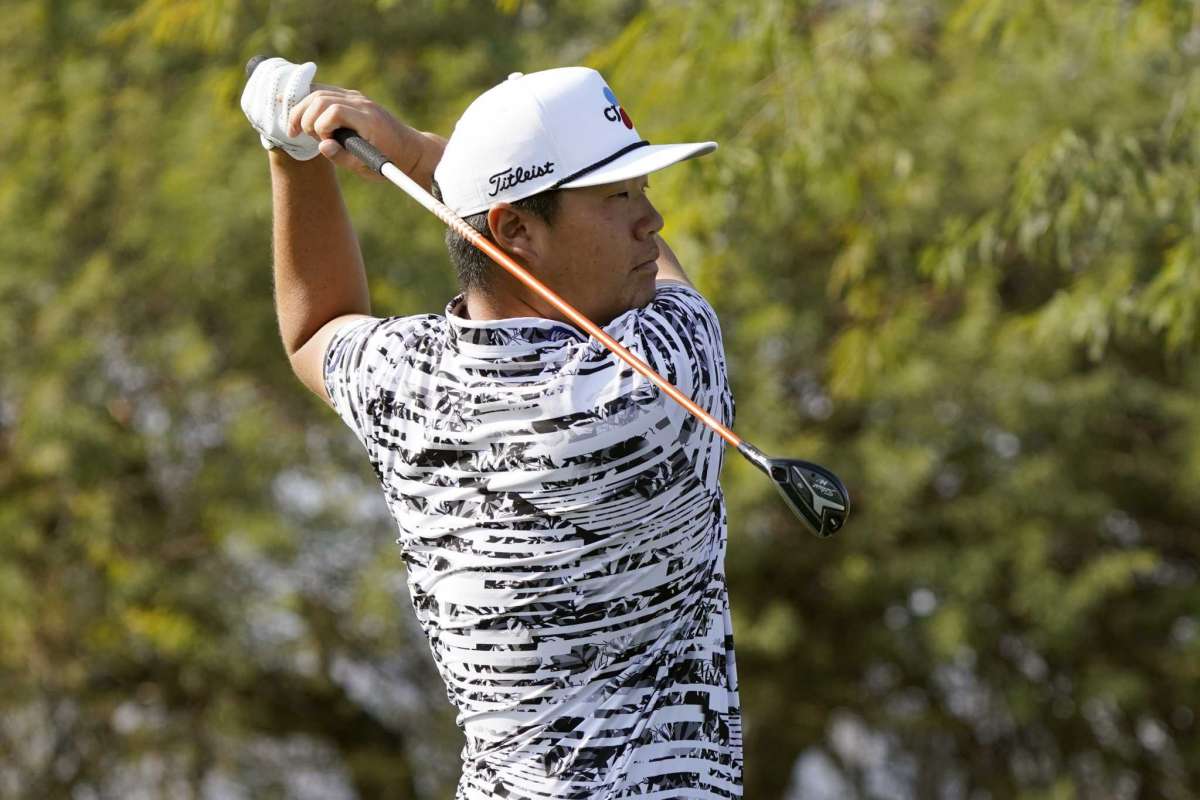 Sungjae Im of South Korea has made only one bogey in the first two rounds of The American Express, so it should come as no surprise that he’s on top of the leaderboard.

The 22-year-old Im, the 2019 PGA Tour Rookie of the Year, posted a bogey-free, 7-under-par 65 on the Stadium Course to take a one-stroke lead over first-round leader Brandon Hagy and four others at PGA West in La Quinta.

“I’m pretty satisfied with how I played all of my shots,” said Im, whose only PGA Tour victory came in the 2020 Honda Classic. . “My putting has improved this year and I made some good putts today.

“Speaking of putting, I started drawing a line on the ball as I visualize my putts, and that seemed to work pretty well today.”

Im, who won twice in 2018 on what is now the Korn Ferry Four, started round two on the 10th hole and carded three birdies on the back nine, before making four more coming home to record a 36-hole total of 11-under, 133.

Hagy, from Westlake Village and Cal, was tied for the lead before closing his 70 with a bogey on his last hole of the day, No. 9 on the Stadium Course, where Nick Taylor of Canada shot 66, and they are tied for second Tony Finau (66), Abraham Ancer of Mexico (65) and Si Woo Kim of South Korea (68), who all played the Nicklaus Tournament Course.

The final two rounds will be played solely on the Stadium Course.

“I scrambled nicely after hitting a couple of bad drives to keep my momentum going throughout the round,” said Finau, whose only PGA Tour victory came in the 2016 Puerto Rico Open. “There are opportunities to score out here if you can hit enough fairways.

“I gave myself some good looks at birdie and was able to make some of them. I missed some, too, but 66 is a good score on the Nicklaus Course. The greens are a little bit different than on the Stadium and it took a while to get used to that.”

Francesco Molinari of Italy totaled 66 on the Nicklaus Course, where Doug Ghim had a 68, while Emiliano Grillo of Argentina posted a 66 on the Stadium Course and they are two shots back in a tie for seventh.

Brendan Steele of Idyllwild carded a 68, Max Homa of Valencia and Cal had a 70, John Huh of Los Angeles and Cal State Northridge finished at 68, Andrew Putnam of Pepperdine shot 69, Roger Sloan of Canada wound up at 67, Brian Harman shot 68 and Adam Schenk also had a 68, all on the Stadium Course.

They are three down in a huge tie for 10th with Charley Hoffman of Poway, who came in at 66 on the Nicklaus Course.

Defending champion Andrew Landry is tied for 37th after a 69 on the Nicklaus Course, while 10th-ranked Patrick Cantlay of Los Alamitos and UCLA made the cut on the number with a 71 on the Stadium Course.

Tournament host Phil Mickelson, who has won this tournament twice, made 18 straight pars for a 72 on the Stadium Course and missed the weekend by six strokes.