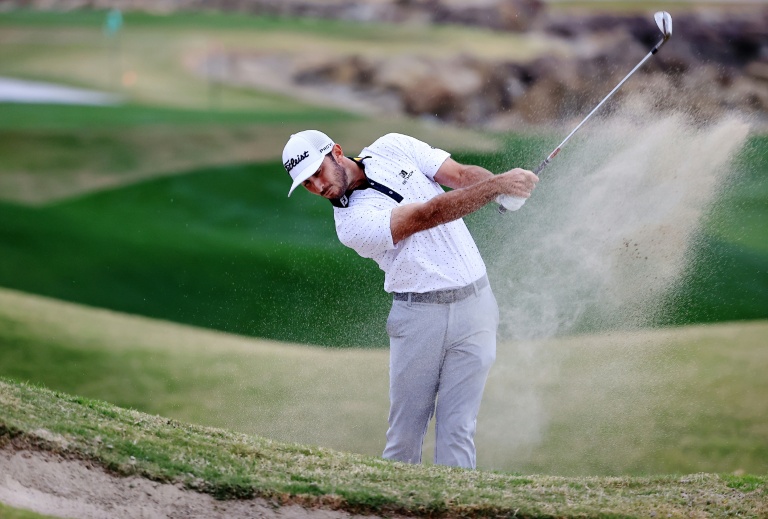 Max Homa is another of the talented golfers from Cal in Berkeley who are making names for themselves on the PGA Tour.

The 30-year-old Homa (pictured) posted a 7-under-par 65 in the third round and is tied for the lead with Tony Finau and Si Woo Kim of South Korea in The American Express on the Stadium Course at PGA West in La Quinta.

“It was nice to finish by making a 10-foot par putt on the last hole, because I didn’t want to finish such a good round with a bogey,” said Homa, whose only PGA Tour victory came in the 2019 Wells Fargo Championship.

“I drove the ball well most of the day, hit my wedges close and made some putts. That’s a good recipe for birdies. I put myself in good position to make some birdies and a lot of pars. I didn’t make many bad swings today.

“I’ve been fortunate enough to play here a ton, so I have a pretty good feel for the place. It feels like home.”

One of those bad swings came when Homa hit his drive into the water and made a double-bogey 6 on the seventh hole, but he collected nine birdies to record a 54-hole score of 15-under 201.

Finau overcame a double-bogey 5 at No. 13, where he hit his tee ball into the water, by following with three straight birdies en route to a 67, while Kim, the 2017 Players champion, earned his share of the lead with a bogey-free 67.

“I’ve got pretty good vibes out here,” said Finau, who won a 2011 National Pro Golf Tour event at PGA West. “Hopefully I can bring some of those winning vibes (on Sunday).”

Richy Werenski is one stroke back in solo fourth after a 65 that included a four-foot eagle putt on the fifth hole, while Russell Knox of Scotland carded the low score of the day with a bogey-free and is two shots behind in a tie for fifth with left-hander Brian Harman, who had a 67, and Emiliano Grillo of Argentina, who finished at 68.

Chase Seiffert made four straight birdies in a 65 and is one more down in a tie for eighth with Cameron Davis of Australia, who holed out from 158 yards for an eagle at No.15 in a 66, Rory Sabbatini of Slovakia, who shot 67, and Francesco Molinari of Italy and Doug Ghim, who both wound up at 69.

Tenth-ranked Patrick Cantlay of Los Alamitos and UCLA is tied for 13th after a 65 that included nine birdies, while defending champion Andrew Landry rallied with three late birdies to salvage a 74 and is tied for 61st.