Hagy Leads AmEx by 1 After Opening 64 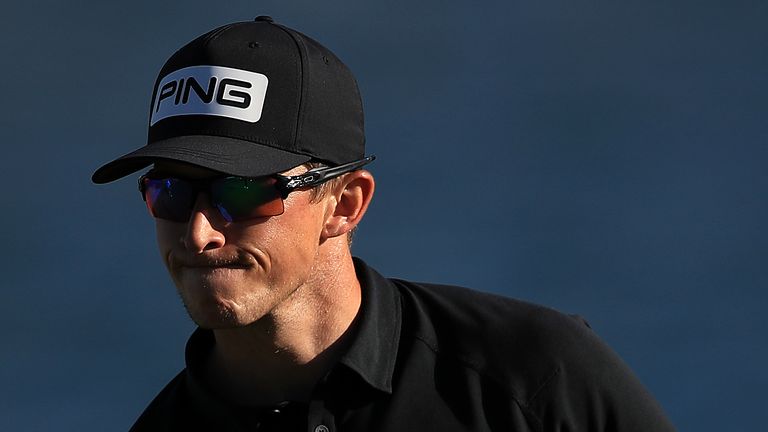 Brandon Hagy worked on his game during the holiday break, but it didn’t pay off right away.

However, Hagy made 10 birdies while shooting 8-under-par 64 on the Nicklaus Tournament Course at PGA West in La Quinta to take a one-stroke lead over Byeong-Hun An of South Korea after one round of The American Express to kick off the West Coast Swing.

“I didn’t play very well last week in the Sony Open (in Hawaii),” said the 29-year-old Hagy, from Westlake Village and Cal, who shot 73-71 to miss the cut in the first full field event of 2021 on the PGA Tour. “But the things I’ve been working on really starting clicking in today.

“I drove the ball well and hit it close, and made a bunch of 10-to-15-foot putts, which you have to do if you’re going to make 10 birdies. I just hope to keep it going the rest of the week.”

Hagy, who has never won since turning pro in 2014 after winning the Byron Nelson Award at Cal, birdied six of the last seven holes on the front nine and closed out his round with four birdies in six holes after getting into the field as a alternate.

An, whose only PGA Tour title came in the 2015 BMW PGA Championship, had three birdies on the front nine and four coming home in his 65 on the Nicklaus Course.

Max Homa of Valencia and Cal started on the back nine and birdied his first four holes on his way to a 66 and is tied for third with Martin Laird of Scotland and Roger Sloan of Canada, all of them on the Nicklaus Course, while Si Woo Kim of South Korea, the 2017 Players champion, eagled the fifth hole in a 66 on the Stadium Course.

Maverick McNealy of Stanford and Portola Valley, Andrew Putnam of Pepperdine, Alex Noren of Sweden, Sam Ryder, Michael Thompson and Tyler Duncan all totaled 67 on the Nicklaus Course and are tied for seventh with Charl Schwartzel of South Africa, Ben Martin and Doug Ghim, who all shot 67 on the Stadium Course.

Tenth-ranked Patrick Cantlay of Los Alamitos and Cal shot 69 and is tied for 39th, while defending champion Andrew Landry is tied for 61st at 70.