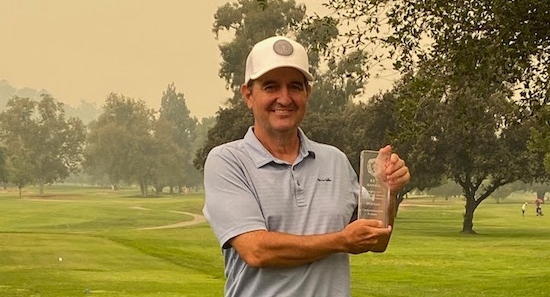 Tim Hogarth of Northridge has added another chapter to his legendary golf career.

The 52-year-old Hogarth, the 1996 USGA Public Links champion who has won dozens of titles in Southern California, captured the Pasadena City Senior City Championship by a whopping 11 strokes over Jordan Fisher and Neil Fisher, both of Pasadena, at Brookside Golf Club on the grounds of the Rose Bowl in Pasadena.