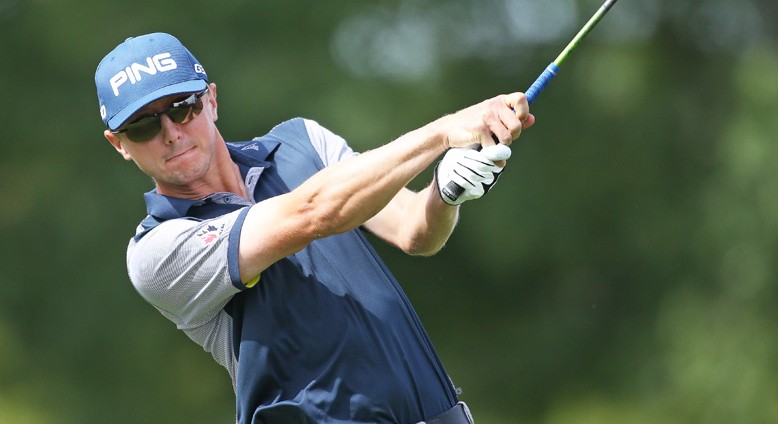 The Corales Puntacana Resort and Club Championship has come of age and when the tournament is played this week on the Corales Course in La Altagracia, Dominican Republic, it will offer full FedEx Cup points for the first time.

The tournament was first played in 2015 and 2016 as an event on the Korn Ferry Tour won by Nate Lashley and Dominic Bozzelli, before becoming an opposite field event on the PGA Tour in 2018, when Brice Garnett won by four strokes over Keith Mitchell.

Graeme McDowell of Northern Ireland, who won the 2010 U.S. Open at Pebble Beach, gave the tournament even more credibility last year when he claimed the title by one stroke over Mackenzie Hughes (pictured) of Canada and Chris Stroud.

The Corales Puntacana originally was scheduled for March 26-29, but was postponed during the PGA Tour shutdown because of the Coronavirus pandemic, and now becomes the third tournament of the 2020-21 season.

“Puntacana was pivotal for me,” said McDowell, who claimed his fourth PGA Tour victory. but first since the 2016 OHL Classic at Mayokoba. “It certainly was a big turning point and step in the right direction. I went in with the right attitude.

McDowell was 257th in the World Golf Rankings when he arrived in the Dominican Republic, but after opening with a 73, he shot 64-64 in the middle rounds to climb into contention and took the lead for good with a seven-foot birdie putt on the 17th hole while closing with a 69.

G-Mac is passing up the Irish Open for the first time in nearly two decades to defend his Puntacana title.

“I have made the very difficult decision to not travel and compete in this year’s DDF Irish Open at Galgorm Castle,” McDowell wrote in a post on Instagram. “I have never failed to attend this great event in 18 previous years and regret that due to the necessary changes made to the event, travel and scheduling issues, I am choosing to not play this year.

“I will be competing that same week at the Corales Puntacana Resort and Club Championship, defending the title I won in 2019. Defending a title is something special and an honour I have tried to take seriously all my career.

“We will hopefully be back in 2021, with the event at full strength, surrounded by the great Irish fans.”

With all the big names staying home after the U.S. Open last week, the winner might create a career turning point as McDowell did last year.