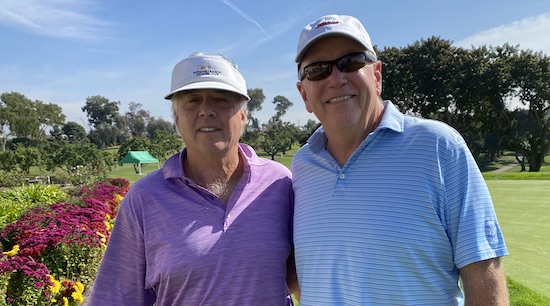 Hoffman and McKee went bogey-free in round one and coasted to victory despite making two bogeys the second round.

Weixel made the shot of the tournament with a hole in one with a 7-iron on the 13th hole of the second round.

Bob Guernsey and Scott Lindberg of La Quinta shot 76-75—151 to tie for seventh with James Dunn of Ventura and Michael Hogan of Montecito, who also finished at 76-75—151, while Michael Brooks and John Minteer of San Diego totaled 77-75—152 to tie for ninth with Steve Beebe and Frank Sabad of La Quinta, who came in at 77-75—152.offmanH

Bill Brewer and Don Kobashigawa of Burbank captured the President’s Flight by nine strokes with a score of 68-70—138.