Snedeker Leads by 2 in Houston After 65 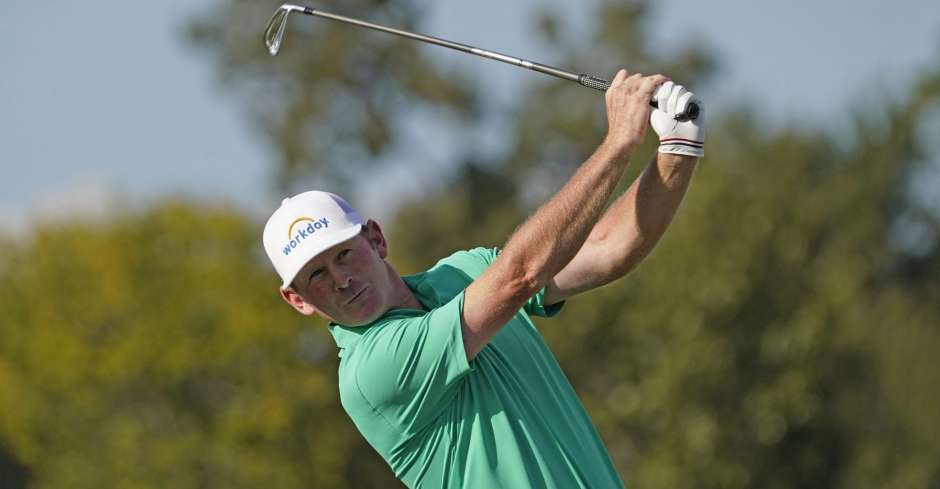 Brandt Snedeker has won nine times on the PGA Tour and he’s trying to get to double figures.

The 39-year-old Snedeker shot 5-under-par 65 to take a two-stroke lead over six players after the first round of the Vivint Houston Open at Memorial Park Golf Course in Houston.

This is the 73rd edition of the Houston Open and the first time it is being played at Memorial Park since 1963.

Fans were allowed on the course for the second week in a row on the PGA Tour, which had banned spectators since the restart in June following the shutdown cause by the Coronavirus pandemic.

“Obviously, I’m very excited about how I played,” said Snedeker, who won the 2012 Tour Championship to claim the FedEx Cup. “Around this golf course you have to be in the fairway, otherwise it’s going to be a long day for you. I made some putts and birdied every par-5 out there. I drove it great. This course is a long, tough golf course, so to play well you need to take advantage of the scoring holes. I did a great job of thinking my may around the course.

“I love having fans out here. I kind of feed off their energy. It’s great to hear some claps and people excited for good shots and some birdies. I think that’s a big reason why I played well today.”

Snedeker, whose last victory came in the 2018 Wyndham Championship, collected three birdies on each nine and made his only bogey on the 14th hole, where he missed a four-foot putt for par.

Texan Scottie Scheffler could have been tied for the lead but make his only bogey on the last hole for a 67 and is tied for second with Jason Day of Australia, Michael Thompson, Harold Varner III, Carlos Ortiz of Mexico and Cameron Smith of Australia.

“It’s very important to be in the fairway here and not the Bermuda rough, or you have no chance to keep in on the greens, and the rough also is playing very tough around the greens,” said Scheffler, who won twice on the Korn Ferry Tour in 2019 and finished in the top 10 seven times on the PGA Tour last season without winning. “Putting the ball in the fairway in definitely at a premium this week.

“It was great to have fans out here again and hear some cheers. It was very different with people out there on the course again and definitely a lot of fun.”

Adam Scott of Australia, the 2007 Houston Open champion who is playing for the first time since recovering from Covid-19, posted a 68 and is tied for eighth with Adam Long, Kevin Streelman, Sam Burns, Talor Gooch, Sepp Straka of Austria, Scott Piercy and Greg Chalmers of Australia.

Tenth-ranked Tyrrell Hatton of England is tied for 44th at 71, while top-ranked Dustin Johnson, also playing for the first time since recovering from Covid-19, shot 72 and is in a tie for 63rd that includes defending champion Lanto Griffin and former No. 1 Brooks Koepka, who is recovering from hip and knee injuries.