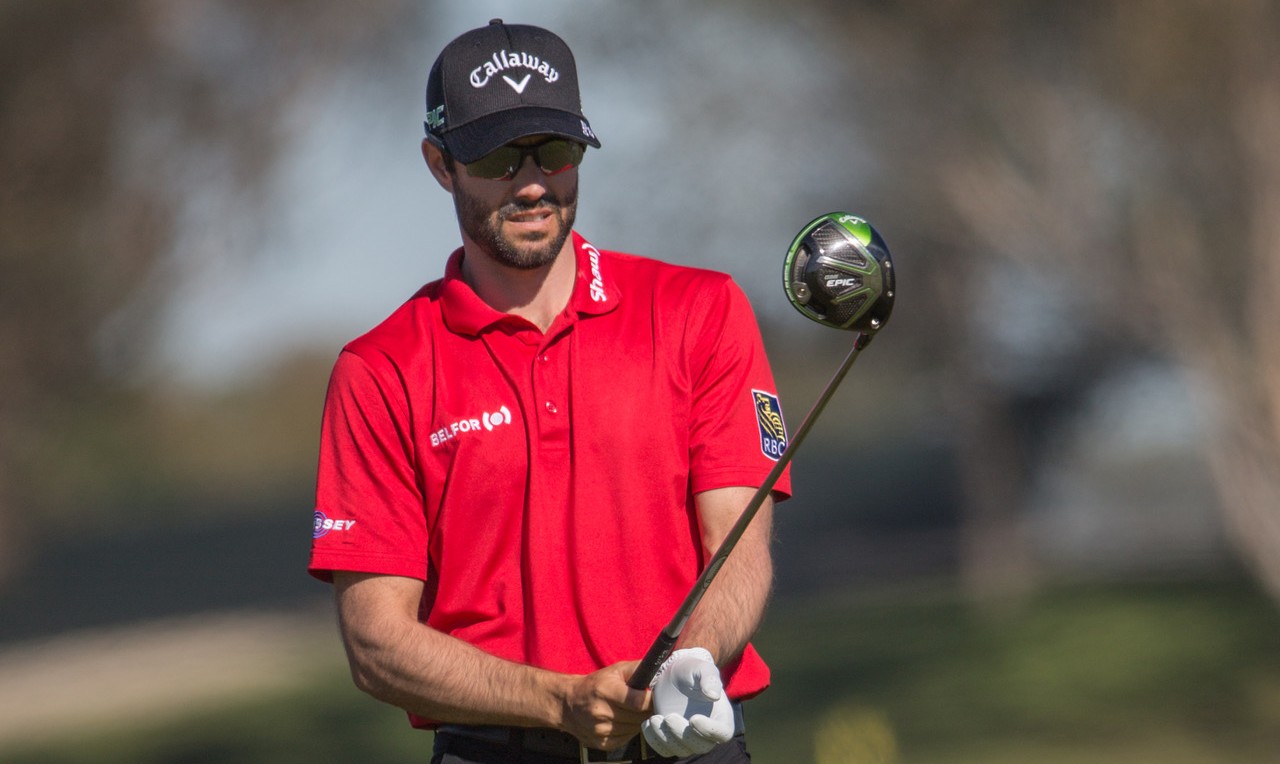 Adam Hadwin of Canada said he would be nervous with his name atop the leaderboard, but he didn’t play like it.

Hadwin increased his lead to four strokes over Patrick Cantlay by shooting bogey-free 4-under-par 67 in the third round of the Valspar Championship on the Copperhead Course at Innisbrook Resort in Palm Harbor, Fla.

“I felt a little nervous when I first hit the practice green, but I was comfortable on the golf course,” said Hadwin, who won twice on the Web.com Tour and twice on the Mackenzie PGA Tour Canada. “I hit a great drive on No. 1, had the perfect distance for a 3-wood and hit another good shot, then two-putted for a birdie and a great start.

“I’ve been in contention (on the PGA Tour) a few times in the last couple years and if I have a chance to win coming down 18 tomorrow, I’ll be happy. I’m confident I can compete, I’m putting so well and it’s nice to have a chance.”

Hadwin, seeking his first PGA Tour victory, finished at 14-under 199 for 54 holes. He sank a 55-foot birdie putt on the 15th hole and a clutch six-footer for par on the last hole.

Cantlay, from Los Alamitos and UCLA, holed a 31-foot birdie putt at No. 18 to card a second straight 66, while Herman, the first-round leader at 62, was five back in solo third after a 71 and Dominic Bozzelli was one more behind in solo fourth with a 70.

Henrik Stenson of Sweden had a second straight 71 and was seven shots back in a tie for fifth with J.J. Henry, who had a 67, both of them after late bogeys.

Defending champion Charl Schwartzel sank a six-foot birdie putt on the last hole to post a 67 and was eight back in a tie for seventh with Lucas Glover, who had three birdies on the first six holes but none the rest of the way in a 69.

John Huh of Cal and Alameda holed a four-foot birdie putt at No. 18 and was one more down in a tie for ninth with rookie Wesley Bryan, who had a 72, and J.T. Poston, who came in at 69.