Hadley Leads DJ by 2 at Congaree 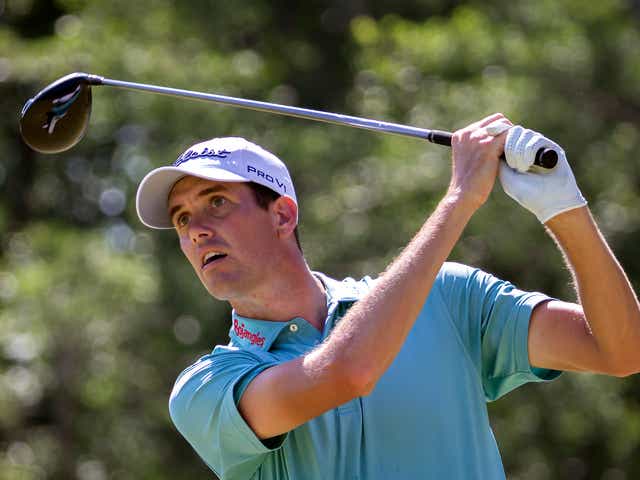 Chesson Hadley was simply happy to make the cut, but he’s atop the leaderboard in the Palmetto Championship at Congaree.

The 33-year-old Hadley, who missed the cut in his last five starts and 10 of the last 12, shot 5-under-par 66 to take a two-stroke lead over top-ranked Dustin Johnson after two rounds at Congaree Golf Club in Ridgeland, S.C.

Play was delayed by rain for about an hour late in the day, long after Hadley finished.

“No, I definitely didn’t see this coming,” said Hadley, whose only PGA Tour victory game in the 2014 Puerto Rico Open. “I missed all those cuts in a row, and thank goodness I had three weeks off just to kind of hit the reset switch, get out on the boat, just kind of forget about some things, and spend some time with some family.

“It’s nice to be relevant again. You know, last night I’m getting texts from everybody, “like, ‘Great playing.’ I appreciate that, and it does make me feel good that I have that type of support, but … I’ve got a lot of golf to be played.

“I’m very thankful to be in the spot I’m at and not have to go to have lunch and sweat out a cut line.”

Hadley, who won four times on what is now the Korn Ferry Tour, collected four birdies and two bogeys on the front nine before adding three birdies on a flawless back nine to record a 36-hole score of 11-under 131.

Johnson, who like Hadley opened with a 65, was tied for the lead until his club slipped in his hands and he hit his drive on the 18th hole into high grass, taking a one-stroke penalty for a drop to finish his 68 with a double-bogey 6.

“That’s a first for me, I obviously was not expecting that,” said Johnson, who has 24 PGA Tour victories, but none in his native South Carolina. “Actually my glove hand slipped on the tee shot and it just ended up in the only spot you can’t hit it on that hole, which was a couple of bushes there on the left.

“It got wet. I don’t know if the end of my 3-iron was wet or what it was. When I took a couple of practice swings, I didn’t notice it. So, unfortunate finish, but I’m playing well, I’m swinging well, I’ve got a lot of confidence in everything I’m doing.

“I’m still in a really good position leading into the weekend.”

Tain Lee of San Juan Capistrano and Claremont-Mudd-Scripps, a Monday qualifier, had a wild 68 that included eight birdies, three bogeys and a double bogey, and is four shots back in solo third.

Pat Perez of San Diego collected four birdies and two bogeys on the front nine, plus three birdies on a flawless back nine to shoot 66 and is five down in a tie for fourth with Seamus Power of Ireland (66), Wilco Nienaber of South Africa (66), Harris English (69), Chez Reavie (69) and Erik van Rooyen of South Africa (71).

Patrick Rodgers of Stanford posted a 70 and is six strokes behind in a tie for 10th with Garrick Higgo of South Africa, who had a 69, Rob Oppenheim, who made a bogey on his last hole for a 68, and Doc Redman, who had two double bogeys in a 72.

Tyrrell Hatton of England, who slipped out of the top 10 in the World Golf Rankings this week to No. 11, is tied for 17th after a 68, while eighth-ranked Brooks Koepka totaled 72-73—145 to miss the cut by two strokes and will head for Torrey Pines Golf Course in La Jolla early to prepare for the U.S. Open next week.