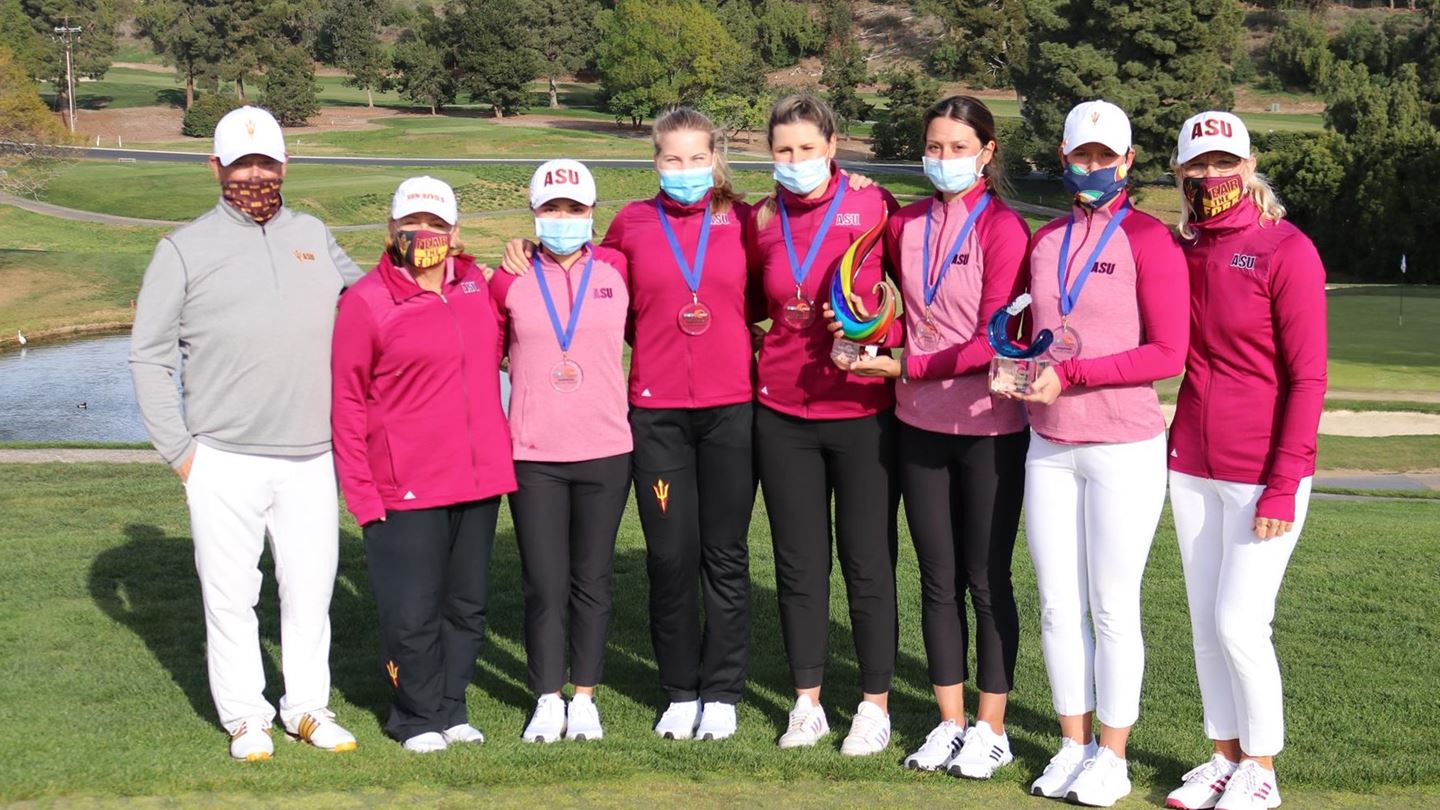 Linn Grant of Arizona State won by a single stroke and claimed at least a share of the individual title in her a third straight tournament to help the Sun Devils win the 12th annual Bruin-Wave Women’s Invitational in windy, rainy conditions at Saticoy Country Club in Somis.

Grant, a sophomore from Sweden, also tied for the title in the Match in the Desert and won the Sun Devil Invitational recently.

“I am very proud of the fight in this team,” Arizona State Coach Missy Farr-Kaye said. “Linn had another great performance and win leading our team. “Our scores were quite high due to tough conditions.

“Although we struggled coming down the stretch, so did every other team. We still have some things to work on and will continue to work to get better every tournament.”

“I think this was probably the toughest course I’ve ever played and the conditions didn’t make it easier,” Grant said after claiming her fourth college victory. “Therefore, I think we all did a great job with handling ourselves out there and getting the job done.

“I think every victory is important regardless of course or weather. But I think this tournament was more a question of patience and not being knocked over to hard when things wasn’t going the way I was expecting it to.

“I love to win and I just live the feeling of being in contention of winning.”