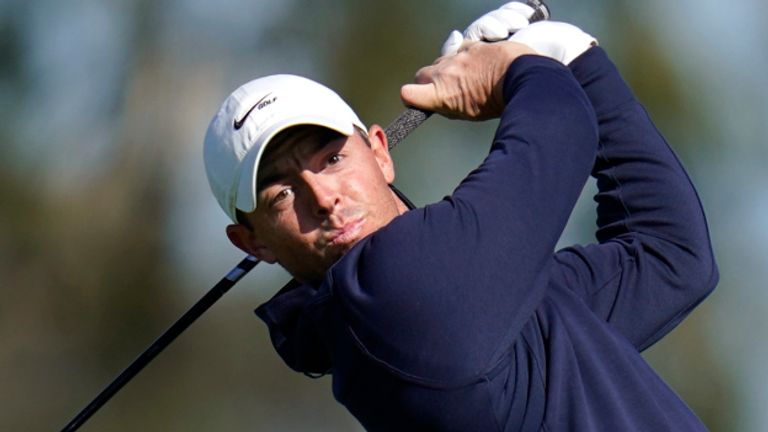 Eighth-ranked Rory McIlroy of Northern Ireland hasn’t won in more than a year, but he seems to be getting close.

McIlroy shot a 6-under-par 66 that he called his best opening round of the year and is tied for the lead with Corey Conners of Canada in the Arnold Palmer Invitational at Bay Hill Resort and Club in Orlando, Fla.

“I opened up with 64 in Abu Dhabi, which was really good, but I just think with what I’ve been working on over the last few weeks it just started to feel a little more comfortable today, which was nice to see,” said McIlroy, who won this tournament in 2018 for one of his 18 PGA Tour victories. “ … 66 is always a good way to start.

“I think the par-3s are the toughest part of this course and I didn’t play them well last year, but was 3-under on them today. This course is a good test and you have to take care of the par-5s, and I birdied two of them.

“This was encouraging and I have to keep it going tomorrow. The nice thing is, my game feels better and better every time I go out on the course.”

McIlroy, who has finished in the top-five in each of the last four years at Bay Hill and in the top-20 six times this season, started at No. 10 and had two birdies plus his only bogey at No. 18 before making the turn and reeling off five straight birdies through No. 6.

Conners, who missed the cut in his only two previous starts in the API, also started on the back nine and birdied his first three holes before sinking a six-foot eagle putt at No. 16 en route to a one-stroke lead before missing a seven-foot par putt while finishing at No. 9.

“I took last week off at home, so I was well-rested and ready to go,” said Conners, whose only PGA Tour victory came in the 2019 Valero Texas Open. “I’ve always liked this golf course and thought it suits my game. It’s good for me visually and I can really see the lines well.

“But you have to pay attention or this course can jump up and get you, but I played well for the most part, hit a lot of good shots and putts. I played well yesterday in the pro-am, too, and I’m happy about where my game is.

“I just want to carry it into tomorrow, keep hitting fairways and greens.”

Bryson DeChambeau of Clovis, who has slipped to No. 11 in the world, collected three birdies on each nine against a single bogey and is third at 67, while Sebastian Munoz of Colombia birdied two of his last four holes for a 68 and is tied for fourth with Byeong Hun An of South Korea and Jason Kokrak.

Victor Perez of France birdied five of his last seven holes to shoot 69 and is in a big tie for seventh with Martin Laird of Scotland, Lee Westwood of England, Lanto Griffin, Matthew Fitzpatrick of England, Viktor Hovland of Norway, Sungjae Im of South Korea and Keegan Bradley.

Ninth-ranked Patrick Reed is tied for 56th at 73, while sixth-ranked Tyrrell Hatton of England, the defending champion, struggled to a 77 with only one birdie and is tied for 107th.