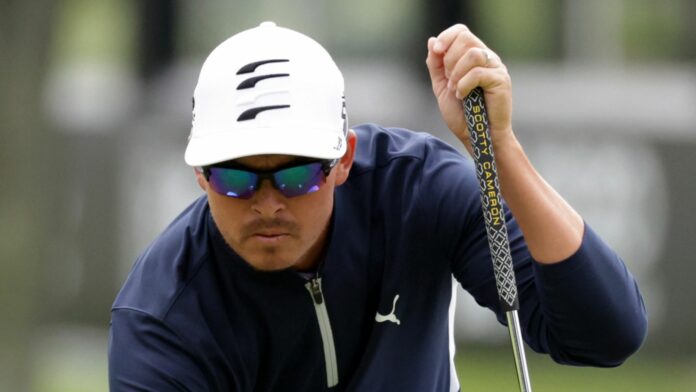 Rickie Fowler seems to have found his old form.

The 33-year-old Fowler (pictured) carded a bogey-free, 7-under-par 63 and is tied for the lead with Andrew Putnam midway through the Zozo Championship at Accordia Golf Narashino Country Club in Chiba, Japan.

“It’s always nice to have a clean card,” said Fowler, who has won five times in the PGA Tour, but not since the 2019 Waste Management Phoenix Open. “I think that was the biggest difference from yesterday to today. Obviously there was not as much moisture, we had a nice dry day, but on top of that, for me, just kind of cleaning up the card and managed my way around really nicely today.

“The last two days I wouldn’t say I had my best, swing wise. I kind of did a good job of managing my way around. But I’ll get some work in tomorrow before the round and try to exaggerate a few things where I’m a little bit tighter in lines and flights that I want. But I can’t complain about a 63.

“I’m very happy with where we’re at. … I definitely enjoy myself over here and the people are awesome. It is really cool to play in front of the Japanese fans. I’m hoping we can give them more good golf over the weekend.”

Fowler, who grew up in Murrieta in Southern California and has Japanese heritage from his grandfather, started off on the back nine and made three birdies before collecting four more on the front to record a 36-hole score of 10-under 130.

Putnam, whose only PGA Tour victory came in the 2018 Barracuda Championship, matched that with four birdies on each nine in a bogey-free 62.

“My putter’s heating up,” said Putnam, who played at Pepperdine and is from Tacoma, Wash. “This course feels a lot like home, northwest golf. Obviously, the clouds, I’m used to that, a lot of trees, and greens are rolling really smooth, so I feel pretty comfortable out here.”

Keegan Bradley, the 2011 PGA champion, shot a bogey-free 65 and is one stroke back in third, followed two behind by John Huh of Los Angeles and Cal State Northridge, who had a course-record, bogey-free 61, and Keita Nakajima of Japan, who is three shots down after a 63.

Said Huh, whose lone PGA Tour victory came in the 2012 Mayakoba Golf Classic: “I knew if I made a couple more birdies it would have been nice, but I really never thought about a 59 in my head.”

Sam Ryder had two birdies and 16 pars in a bogey-free 68 and is four behind in a tie for sixth with Matthew NeSmith, who also had a 68.

Ninth-ranked Collin Morikawa of La Canada Flintridge and Cal posted a 64 and is one more back in a tie for eighth with Viktor Hovland, who birdied the last hole for a 66, Luke List, who holed out from the fairway for an eagle on the sixth hole in a bogey-free 66, Joel Dahmen, who closed with a birdie to cap a 68, and Adam Schenk, who also eagled No. 6 in a 70.

Sixth-ranked Xander Schauffele of La Jolla and San Diego State is tied for 13th after a 69, first-round leader Brendan Steele of Idyllwild and UC Riverside struggled to a 73 and is tied for 24th, and defending champion Hideki Matsuyama of Japan is tied for 49th after a 69.