Fowler Birdies No. 18, Leads Bradley By One Stroke After Third Round of Zozo 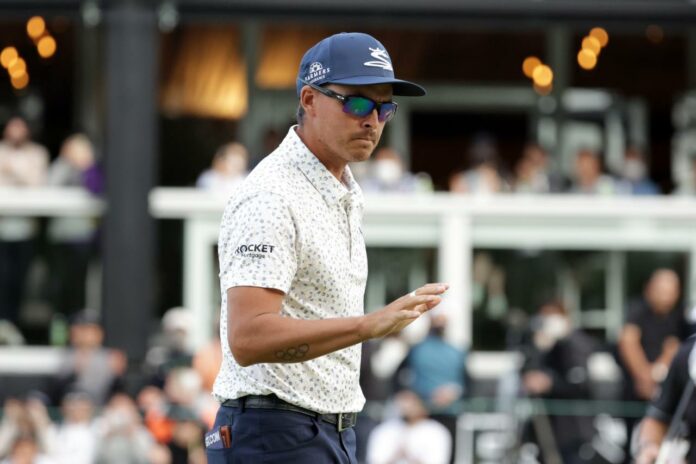 Rickie Fowler remained atop the leaderboard, but this time he’s by himself.

Fowler sank a seven-foot birdie putt on the last hole to cap a 4-under-par 66 and take a one-stroke lead over Keegan Bradley heading to the final round of the Zozo Championship at Accordia Golf Narashino Country Club in Chiba, Japan.

“It’s been a while since I’ve been in this situation,” said Fowler, who has won who has won five times on the PGA Tour, but not since the 2019 Waste Management Phoenix Open. “Obviously, I remember being in those situations before. But no, it will be tough tomorrow.

“Yeah, I definitely had some tough times the last few years, but I always knew it was there. It was always just a fine line, a shot or two here or there. It’s just nice to kind of see it starting to build momentum and confidence and the ball rolling the right direction.

“I believe I can do it but I know it’s going to be tough. I just have to keep doing what I’ve been doing the last few days.”

Fowler, from Murrieta in Southern California, was tied for the lead after shooting 63 in the second round before making two birdies on the front nine of round three and three more against his only bogey at No. 14 while recording a 54-hole total of 14-under 196.

Bradley made his only bogey on the first hole before collecting five birdies the rest of the way, tapping in for a birdie on the 18th hole after a brilliant chip shot from the rough to cap another 66.

“I watched Tiger Woods win here,” said Bradley, the 2011 PGA champion. “I was in his group (three) years ago or however long it was, so that was really cool. It would mean a lot to me to do that tomorrow.”

Andrew Putnam of Pepperdine, who was tied for the lead with Fowler after round two, made yet another short birdie putt after a shot from the rough on the last hole to complete a 68 and is two shots back in solo third, followed by Viktor Hovland, who out-did them all at No. 18 with a 30-foot eagle putt to finish his 64 and is one more down in fourth.

Said Hovland, ranked 11th in the world: “Obviously with the eagle on the last, that’s a nice way to end it.”

Maverick McNealy of Portola Valley and Stanford made a birdie putt on the last hole to shoot a bogey-free 64 and is four strokes behind in a tie for fifth with Cameron Champ of Sacramento, who holed out for an eagle in the sixth hole to highlight another bogey-free 64, and Hayden Buckley, who also eagled No. 6 in yet another bogey-free 64.

Sahith Theegala of Chino Hills and Pepperdine collected seven of his nine birdies after starting on the back nine and made a double-bogey 6 at No. 4 in a 63 that was the low score of the round and is in a big tie for eighth with Taylor Moore, Tom Hoge and Rio Hisatsune of Japan, who all totaled 65; Joel Dahmen, who had a bogey-free 66, and Matthew NeSmith, who made three birdies on the front nine in a 67.

Sixth-ranked Xander Schauffele of La Jolla and San Diego State, who claimed the 2021 Olympic Gold Medal not far away in Tokyo, is tied for 26th after a second straight 69, defending champion Hideki Matsuyama of Japan made two late birdies in a 66 and is tied for 31st, and ninth-ranked Collin Morikawa of La Canada Flintridge and Cal struggled to a 73 with only one birdie and is tied for 47th.