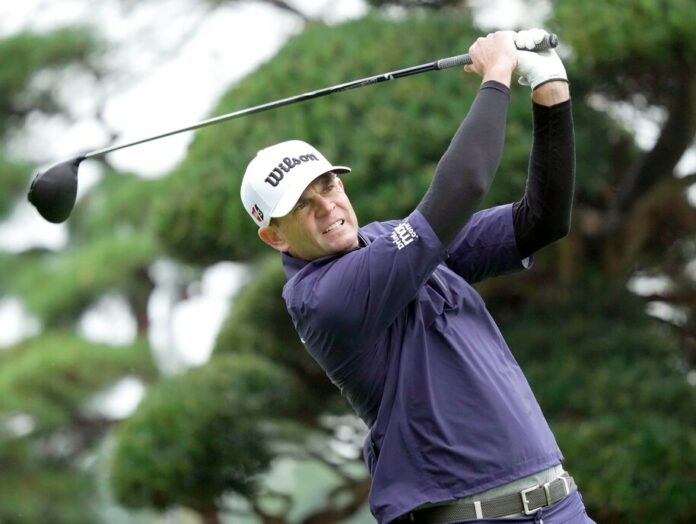 Brendan Steele hit the shot of the day and it helped give him the lead.

Steele birdied the last four holes, including No. 17 from 60 yards out on the fairway, to shoot 6-under-par 64 and take a one-stroke lead over Adam Schenk after the first round of the Zozo Championship on a rainy day at Accordia Golf Narashino Country Club in Chiba, Japan.

“Everybody says if you birdie 18, dinner tastes better,” said Steele, who finished second to Hideki Matsuyama of Japan in this tournament last year, when players and fans were limited because of Covid-19 restrictions. “But four in a row is definitely really nice and feels good. I love it here. Loved the course last year and I’m really happy be back. It’s nice for us to be able to get out the hotel a little bit this year and enjoy the culture a little bit. So, I’ve enjoyed it a ton.

“I drove it really well today and then I was able to hit some irons really close, too, so that was nice. I gave myself some chances. The rough is pretty nasty and especially being wet, so if you drive it in the rough, you get in trouble.”

Steele, a three-time winner on the PGA Tour from Idyllwild and UC Riverside, birdied the second hole and then reeled off seven straight pars before making six birdies and his lone bogey at No. 14 on the back en route to his 64.

Schenk, whose only pro victory came in the 2017 Lincoln Land Charity Championship on the Korn Ferry Tour, had two birdies on the front nine and three on the back in his 65.

Keegan Bradley, the 2011 PGA champion, birdied the last four holes for a 66 to finish in a tie for third with Matthew NeSmith, who birdied three of the last six holes, and Sam Ryder, who also made three birdies down the stretch.

Tom Kim, the 20-year-old sensation from South Korea who has won two of his last four tournaments on the PGA Tour, is tied for 29th at 70, while defending champion Matsuyama shot 71 and is in a tie for 41st that includes ninth-ranked Collin Morikawa of La Canada Flintridge and Cal.