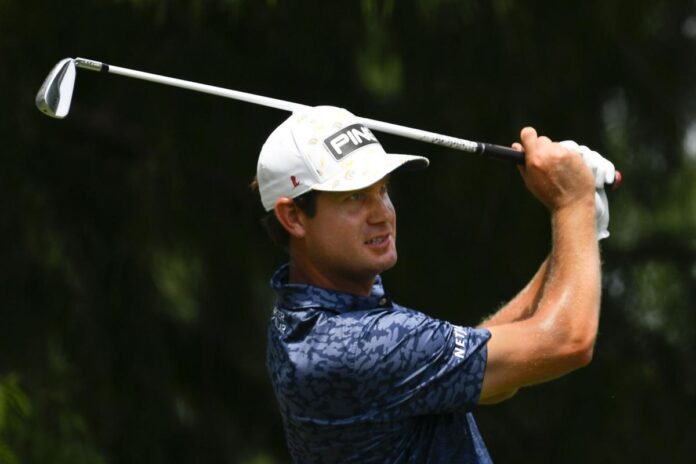 The 32-year-old English equaled his career-low with an 8-under-par 62 to take a two-stroke lead over Carlos Ortiz of Mexico, Ian Poulter of England, Jim Herman and Matthew Wolff after one round of the WGC-FedEx St. Jude Invitational in Memphis, Tenn.

“I love this course and I won my first tournament here in 2013, obviously before this was a WGC event,” said English, who has four times on the PGA Tour, including the Sony Tournament of Champions and the Travelers Championship this year. “I haven’t played here in a while and I’m glad to be back.

“Obviously, making birdies on the first four holes was a great start, but then I missed the fairway a couple of times, got into some trouble and made two bogeys early on the back nine. But I got things back on track and made some more birdies at the end.

“I’m hitting the ball well and making putts, but you have to keep the ball in the fairway here. My game feels good and it just validates all the hard work I’ve been doing.”

English, who played college golf at Georgia, collected seven birdies on the front nine, and after making those bogeys at Nos. 10 and 12, he finished with three birdies on the last four holes to tie his career best, set in round two as he won the 2013 OHL Classic at Mayakoba.

Wolff, from Agoura Hills in Southern California, birdied the first three holes and three more in a row through No. 17 in his 64, while Poulter made four birdies on the front nine in a bogey-free round, Ortiz had three birdies on each nine in another bogey-free outing, and Herman made seven birdies and a single bogey at No. 14.

“I felt like I put myself in contention (in the Olympics last week) for three days and that’s huge—pretty much for the whole tournament,” said Ortiz, who was tied for third before closing with a 78 to slide to a tie for 42nd in Japan.

“You can put yourself in contention one day or the first day, but when you’re pretty much the whole tournament, you have to be playing well and that gives me a lot of confidence. I feel that my game is in good position right now.”

Seventh-ranked Bryson DeChambeau of Clovis, who had to withdraw from the Olympics because he tested positive for Covid-19, had six birdies and a lone bogey in a 65 to tie for sixth with Mark Leishman of Australia, who eagled the 16th hole and birdied the next two, and Scottie Scheffler, who had six birdies on the front nine.

Max Homa of Valencia and Cal eagled the 16th hole in a 66 and is tied for ninth with Sam Burns, who also made an eagle at No. 16, Daniel Berger, who has won twice at TPC Southwind, and rookie Will Zalatoris.

Sixth-ranked Brooks Koepka, who won the 2019 WGC-FedEx St. Jude Invitational, is tied for 46th at 70, ninth-ranked Patrick Cantlay of Los Alamitos and UCLA finished at 71 and is tied for 55th, and 10th-ranked Viktor Hovland of Norway is solo 63rd at 73.