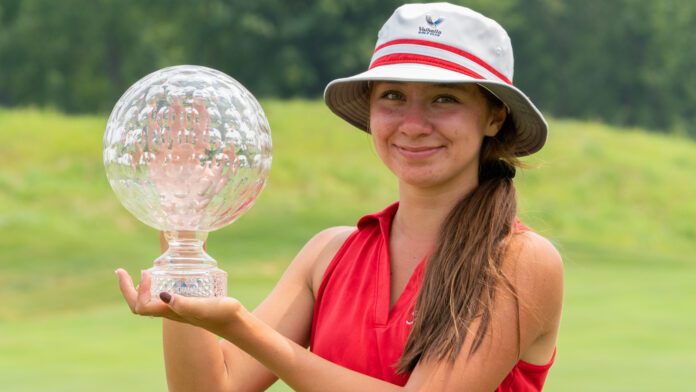 The 15-year-old Davis, who will be a sophomore at Steele Canyon High School in Spring Valley near San Diego, was nursing a two-stroke lead in the final round when she sank a 12-foot birdie putt on the 15th hole, where Misemer hit into the water en route to a triple bogey for a four-shot swing.

“It went from two to a six-shot lead in like minutes,” said Davis, who has won four times on the Southern California PGA Junior Tour. “So, I could relax a little bit after that, which was nice to not be super stressed going into the last few holes.

“It feels so good to top off the summer this way with a big win at a tournament like this. If I was put in this situation a year ago, I definitely would have struggled mentally, that’s for sure. But my mental game has improved so much, just keeping my head in the game, worrying about me and not what the other girls are doing.”